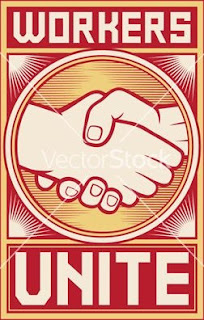 Nationalism is a form of geographical racism that makes some lives matter more than others, and explicitly justifies that logic. While today, not many folk will outright say that racism is acceptable, yet nationalism is promoted and accepted British (or American or French or whatever] lives matter the most. The supremacy of British lives is taken for granted. The deaths of millions from hunger and disease is regrettable but according to capitalist apologists  - unavoidably and necessary to protect "national interests." For a politician to state that all lives mattered equally, would be political suicide. Nationalism is a disease (as Einstein once described it) that kills off the capacity for empathy in the minds of everyone it infects.

The world’s eight richest billionaires hold the same wealth as the poorest 50% in the planet's population, according to Oxfam, which warns of an ever-increasing gap between the rich and the poor as well as a dangerous concentration of wealth. To put it simply, the world's poorest people are losing out. In 1960, the difference of incomes between the wealthiest 20% of the world’s population living in the developed countries and those of the poorest 20% living in the Third World was 30 to 1. By 1997, that ratio was 74 to 1.

Far from lifting people out of poverty, the policies imposed on poorer countries by the international financial institutions, such as the World Bank, the International Monetary Fund and the European Central Bank have led to privatisation of public services and cuts to health, education and welfare, throwing millions into poverty and despair.

The Occupy movement, which started as a protest against Wall Street, but ballooned across the US and internationally in 2011, adopted the slogan “We are the 99%” to symbolise the struggle for a better world against the greed of “the 1%”. Some people at the time thought it was an exaggeration to talk about the 1% versus the 99%, but according to Oxfam, since 2015, that richest 1% has owned more wealth than the rest of the planet combined. The rich have been getting richer at top speed. So much so that according to the Oxfam report, while the incomes of the world’s poorest 10% of people increased by less than $3 a year between 1988 and 2011, the incomes of the richest 1% increased 182 times as much. The disparity between those at the top of the corporate ladder and those whose labour is exploited for the obscene profits of these companies is illustrated in the fact that a “FTSE-100” CEO earns as much in a year as 10,000 people working in garment factories in Bangladesh combined.

Capitalism’s drive for profits has led many of the world’s manufacturing industries to move offshore in search of lower and lower labour costs, switching production to countries such as Bangladesh, while their corporate headquarters are maintained elsewhere. Capitalism also relies on its ability to be able to drive down the wages, conditions and standard of living of workers in developed countries, such as the US.  In Australia the profit share of national income compared to the wages share is at levels similar to the 1960s, and wages growth has stalled. In the US, new research by economist Thomas Piketty shows that over the past 30 years the growth in the incomes of the bottom 50% has been zero, whereas incomes of the top 1% have grown 300%.

Aside from the exploitation of human labour for profit, Capitalism relies on extracting the planet’s finite natural resources for production. The end result is environmental degradation, pollution and climate change — threatening the survival of humanity and the biosphere. Oxfam concludes that “climate change provides one of the clearest demonstrations of inequality and injustice”. Their report estimates that “the richest 10% of the global population are responsible for half of all total emissions. Yet it is the poorest communities that face the most severe consequences.”

Clearly, a system-wide change is required for what Oxfam calls a “human economy”. But how do we achieve it? The World Socialist Movement seeks a global cooperative commonwealth rather than Oxfam's policy to legislate and reform the power of the corporations. We need to build a powerful people’s movement to challenge capitalism itself and dispossess the ruling class of their ownership and we have to take democratic control of the means of production and distribution. The WSM  points the way towards a socialist society and a “human economy” that we must build for mankind's future to be sustainable.