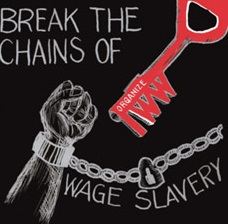 Nearly a third of the population of Britain is living on an "inadequate" income, according to the Joseph Rowntree Foundation (JRF). The figures are up from 15 million, or 25% of the population, six years previously.

In 2014-15, it said that 19 million people were living on less than the Minimum Income Standard (MIS) which is for a single person renting a flat outside London is said to need to earn at least £17,300 a year to reach the MIS. For a working couple with two children, living in social housing, each of the individuals need to earn £18,900 a year.


Among the 19 million said to be below the MIS are six million children, representing 45% of all children in Britain. There are also 1.8 million pensioners, representing 14.6% of the age group.

The report warns that many of the families that are just about managing are in danger of falling into poverty. That is despite record levels of employment.

The price of a minimum basket of goods had risen by up to 30% since 2008, while average earnings had risen by half that amount. However, more recent figures suggest that wages have been rising faster than inflation for more than two years. Average weekly earnings have risen faster than CPI inflation , every month since October 2014 according to the Office for National Statistics. But many expect wages to fall below inflation again in the months ahead.


"This could be a very difficult time for just-managing families as rising inflation begins to bite into finely-balanced budgets," said Campbell Robb, the new chief executive of the JRF. "The high cost of living has already helped push four million more people below an adequate income...”

Posted by ajohnstone at 8:58 am

This comes as no surprise to me at all . However one can't just blame the current government r the last one , depending on your political leanings. It's a result of the system , because while ever employers are paying less than a living wage we will have people claiming "in work benefits such as family tax credits" ect .
So we have a situation whereby the government is subsidising private companies by allowing them to make profits white paying less than they should . Companies want people to have enough money to spend so that they can buy their goods and add to the company coffers so they are basically holding the state to ransom and the state is paying the ransom by borrowing money that it can't afford to pay back .,
The economics of the madhouse!,,!