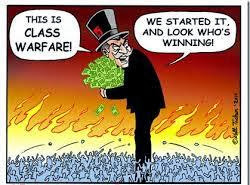 Nearly 4 million low-income households are behind on rent, bills or debt payments, up threefold since the pandemic hit, according to a study by the Joseph Rowntree Foundation (JRF).

It reveals the growing cost of the living crisis facing the UK’s poorest families.

A third of all low-income families are in arrears, up from 11% prior to the pandemic, it estimated. This rises to 44% of working-age households and 71% of younger households aged between 18 and 24. Families with children and black, Asian and minority ethnic households were particularly hard hit.

“Behind these figures are parents gripped by anxiety, wondering how they will put food on their children’s plates and pay the gas bill; young people forced to rely on friends to help cover their rent and avoid eviction,” said Katie Schmuecker, the JRF deputy director for policy and partnerships.

The Tory-controlled District Councils Network (DCN), which represents 200 councils in English towns, has warned of a rise in homelessness this winter as a result of the end to government support measures such as furlough and eviction ban. A survey of district councils completed earlier this month found that just under three-quarters reported an increase in homelessness acceptances over the past four months, while nearly two-thirds said people they had housed during the pandemic had recently slipped “back in the homelessness cycle”.

District councils also reported increased numbers of families seeking support, and increases in the numbers of residents with severe mental health and other complex needs using council services. More than a third of councils reported significant increases in referrals to local food banks.

Posted by ajohnstone at 9:05 am