Getting Hotter in Asia 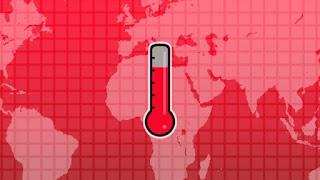 Asia suffered its hottest year on record in 2020. The mean temperature pushed 1.39C above the 1981-2010 average, according to a report by the UN’s World Meteorological Organization.

“Extreme weather and climate change impacts across Asia in 2020 caused the loss of life of thousands of people, displaced millions of others and cost hundreds of billions of dollars, while wreaking a heavy toll on infrastructure and ecosystems,” the WMO said in its State of the Climate in Asia report. “Sustainable development is threatened, with food and water insecurity, health risks and environmental degradation on the rise.”

In 2020 floods and storms affected approximately 50 million people in Asia, resulting in more than 5,000 fatalities.

The report revealed the total annual average losses due to climate-related hazards. China suffered an estimated $238bn, followed by India at $87bn, Japan with $83bn and South Korea on $24bn. But when the size of the economy is considered, the average annual losses are expected to be as high as 7.9% of gross domestic product for Tajikistan, 5.9% for Cambodia and 5.8% for Laos.

Increased heat and humidity are forecast to lead to an effective loss of outdoor working hours across the continent, with a potential cost of many billions of dollars.

There are approximately 100,000 square kilometres of glaciers on the Tibetan Plateau and in the Himalayas - the largest volumes of ice outside the polar regions and the source of 10 major Asian rivers.

“Glacier retreat is accelerating and it is projected that glacier mass will decrease by 20 percent to 40 percent by 2050, affecting the lives and livelihoods of about 750 million people in the region,” the report said. “This has major ramifications for global sea level, regional water cycles and local hazards such as landslides and avalanches.” 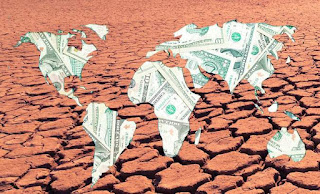