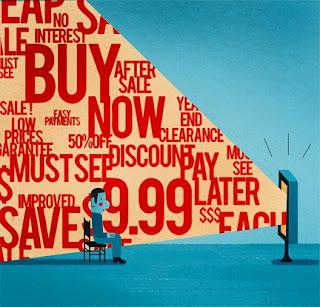 Among the many industries that are blamed for being damaging to the health of people and the planet is the food processing corporations.

The foods we consume are a major driver of global heating, contributing similar amounts of greenhouse gases to the atmosphere as the UK energy system. Meat and dairy are responsible for more than three-quarters of this impact. Without meaningful reductions in meat and dairy intake, there is little chance of meeting emissions reduction targets, both at national and international levels. From a climate crisis perspective, the Climate Change Committee – the body tasked with monitoring and providing advice on greenhouse gas emissions – recommends a 20% reduction in the consumption of beef, lamb, and dairy in support of the government’s target of achieving net zero emissions by 2050. However, the committee’s own report admits that this level of reduction might be too low, and an independent scientific analysis suggested that beef, lamb and pork intake would have to decline by 89%, poultry intake by 66% and dairy intake by 61% for the UK’s food emissions to be in line with limiting global heating to under 2C.

The public health case for reducing meat consumption is similarly strong – tens of thousands of avoidable deaths from cardiovascular diseases and cancers have been linked to red and processed meat consumption in the UK. Yet, despite this public and environmental health emergency, policymakers appear unwilling to take meaningful steps that would help create a healthier, more sustainable food system. Recommended targets and policies continue to be woefully inadequate. The actual recommendation of the Eatwell Guide is even more misleading. Its target value of 70g a day would mean having a serving of red and processed meat five times a week would be totally fine, much in contrast to the current scientific understanding. A comprehensive review of the scientific literature on healthy eating suggested limiting red and processed meat intake to below one serving a week (14g a day), five times below the current recommendation. Updating national dietary guidelines to reflect the latest scientific evidence would therefore be a critical first step for reducing the 30,000 annual deaths associated with red and processed meat consumption in the UK.

Intensive industrial-style livestock farming has featured in numerous criticisms of the global food system. At least eight types of bird flu, all of which can kill humans, are circulating around the world’s factory farms – and they could be worse than Covid-19.

Scientific evidence from the £150bn-a-year poultry and livestock industries shows that stressful, crowded conditions of factory farming drive the emergence and spread of many infectious diseases, and act as an “epidemiological bridge” between wildlife and human infections. UN bodies, academics and epidemiologists recognise the link between the emergence of highly pathogenic avian influenza viruses and increasingly intensive poultry farming.

Rob Wallace, an American virologist argues that the new strains of flu emerging are adapting to industrial poultry production. With more than 20 billion chickens and nearly 700 million pigs being farmed at any one time, Wallace says the chances of new flu strains and variants emerging and spilling over to humans are high.

Sam Sheppard, a biologist at Bath University, says overuse of antibiotics, overcrowding and the genetic similarity between animals provide ideal conditions for many bacteria, viruses and other pathogens to merge, mutate, spread and then jump into humans.

Marius Gilbert, an epidemiologist at the Université Libre de Bruxelles in Belgium, and others have shown how bird flu is linked to the rapid intensification of poultry farming, which is now making bird flu viruses more dangerous.

Michael Greger, author of the book Bird Flu: A Virus of Our Own Hatching, argues that there have been three eras of human disease: first, when we started to domesticate animals about 10,000 years ago and were infected with their diseases, such as measles and chickenpox; then in the 18th and 19th centuries, when the Industrial Revolution led to epidemics of diabetes, obesity, heart disease and cancer; and now, because of the agricultural intensification that is leading to zoonotic, or animal-borne, diseases such as bird flu, salmonella, Mers, Nipah and Covid-19.

“In evolutionary terms, rearing poultry, cattle and pigs in high-intensity, crowded, confined, entirely unnatural conditions may be the most profound alteration of the human-animal relationship in 10,000 years,” he says “We are seeing an unprecedented explosion in outbreaks of new bird flu viruses, which historically have presented the greatest pandemic risk and certainly have the potential to be worse than Covid.”

Since African Swine Fever (ASF) was confirmed in the Americas more than two months ago, the deadly pig disease is now on six continents. The virus is an almost certain death sentence for pigs. The US pork industry – worth $23bn (£17bn) a year – is in a panic, Latin America is on alert, and pork producers in the Dominican Republic and Haiti are haunted by memories of the US-funded eradication of their entire pork population when ASF last hit more than 40 years ago.

Enough chewing the fat, UK politicians: we must stop eating so much red meat | Marco Springmann | The Guardian

Factory farms of disease: how industrial chicken production is breeding the next pandemic | Global health | The Guardian