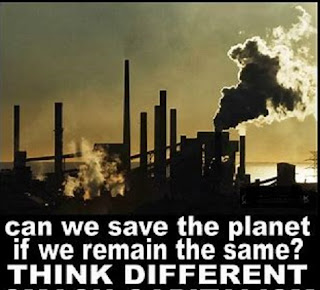 The UN’s top climate official explained, “We’re really talking about preserving the stability of countries, preserving the institutions that we have built over so many years, preserving the best goals that our countries have put together. The catastrophic scenario would indicate that we would have massive flows of displaced people,” adding, “It would mean less food, so probably a crisis in food security. It would leave a lot more people vulnerable to terrible situations, terrorist groups and violent groups. It would mean a lot of sources of instability.”

In an interview, she said,  “It doesn’t only speak to the environmental side. It is also about the whole system we have built. We know what migration crises have provoked in the past. If we were to see that in even higher numbers – not only international migration, but also internal migration – it would provoke very serious problems.”

Espinosa said: “What we need to get at Glasgow are messages from leaders that they are determined to drive this transformation, to make these changes, to look at ways of increasing their ambition...It is probably not the most attractive idea to government representatives – when you have finished the plan, come back and tell all those involved, ‘OK, now you have to continue revising your plan’’,” she said. “But this is the biggest challenge humanity is facing, so we really don’t have an option. And we know that situations change, technologies change, processes change, so there’s always room for improvement.”

We in the World Socialist Movement understand political leaders apocalyptic prophecies, that are echoed by many catastrophist climate activists and it is a reason why we hold that the only answer is not to gamble that governments and corporations will act for the first time in humanity's history against their mercenary self-interest and place the well-being of the people and the planet before profits.

Posted by ajohnstone at 7:24 am