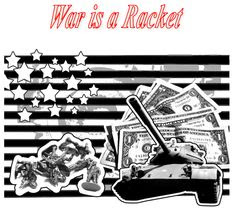 The massive expenditure for war is not a political issue for most Republican or Democratic politicians in the USA.

While measures that cover a range of programs designed to help working people and address climate change and will cost $3.5 trillion over ten years have become contested debating points, over the same decade, the ten-year cost of $7.7 trillion for the military budget gets passed with very little criticism, despite Biden having reduced America's military presence in Afghanistan and elsewhere.

Nevertheless, the total budget approved by the House is $40 billion higher than last year's budget. Congress actually added $25.5 billion to the Pentagon's budget request. And that's not the total cost of our military spending. The United States actually spent $934 billion on the military in 2020-21. Unless there are cuts in other areas (which seems unlikely), the recently approved House budget would mean that the US will spend nearly $1 trillion on the military next year.
The U.S.A. has spent $21 trillion on foreign and domestic militarization since 9/11. Adding in the "non-military" cost items, it is on track to spend more than $21 trillion in the next 20 years.
Opinion | $3.5 Trillion Is Too Expensive, But $10 Trillion for War Is Business as Usual | Richard Eskow (commondreams.org)
Posted by ajohnstone at 2:43 am