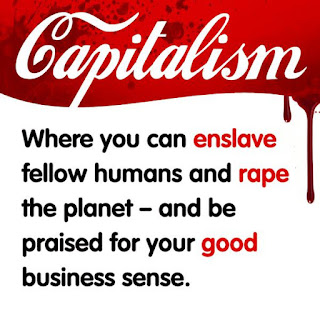 In July 2018 the attention of The New York Times and then Esquire magazine was somehow drawn to a mountain town in southern Mexico and the truly remarkable amount of Coca-Cola drunk by its residents. The British Broadcasting Corporation has produced a documentary on the same topic.

The town is San Cristobal, in the Central Highlands of Chiapas, Mexico’s poorest and southernmost state. A third of its quarter-million or so residents are of Mayan descent. Their average per capita daily consumption of ‘the friendliest drink on earth’ is a gallon – the whole of a two-liter bottle and most of a second, delivered to numerous local convenience stores from a bottling plant on the town’s outskirts.

Coca-Cola was first marketed in 1886. The name refers to two of the original ingredients – coca leaves, which are the source of cocaine, and kola nuts, which contain caffeine. Both are addictive. Since 1904 the coca leaves used have been not fresh but ‘spent’ – left over after the cocaine extraction process is complete. However, despite claims to the contrary, they still contain traces of cocaine.

This daily dose of Coca-Cola taken by residents of San Cristobal contains a whole pound of sugar. So it should be no surprise that each year over 3,000 of them die of diabetes. It’s an unpleasant way to die. Typical symptoms are frequent urination, hunger and thirst (despite eating and drinking), fatigue, blurred vision, slow-healing sores, recurrent infections, tingling, pain, or numbness in the hands or feet, sunken eyes, rapid breathing, headache, muscle aches, dehydration, nausea, stomach pain and cramping, vomiting, cerebral edema, and coma.

Besides diabetes, excessive sugar causes obesity, tooth decay, and fatty liver disease and increases the risk of strokes, heart disease, cancer, and dementia. Researchers who estimated the burden of disease associated with consumption of sugar-sweetened beverages (SSBs) in 2010 found such consumption responsible for 184,000 deaths a year — 133,000 from diabetes, 45,000 from heart disease, 6,500 from cancer.[1]

These deaths were concentrated in high-income (24%) and especially medium-income (71%) countries. SSBs accounted for the highest proportion of all deaths – 12% — in Mexico, rising to 30% in Mexicans under the age of 45. In 2014 Mexico overtook the United States in per capita SSB consumption. In that year Mexicans drank on average 106 liters of Coca-Cola, Americans 99.5.

Sugar, moreover, is not the only harmful ingredient in Coca-Cola. There is also caffeine, which raises blood pressure and can cause dehydration as well as urinary and respiratory problems. There is phosphoric acid, which like sugar causes tooth decay, slows down digestion, may produce kidney failure or kidney stones, and impedes the absorption of calcium by the bones, leading to osteoporosis. Finally, the caramel used to color the drink is carcinogenic.

Why do they drink so much Coca-Cola?

Observers talk about ‘addiction’ to Coca-Cola, and it does contain three addictive substances – cocaine, caffeine, and sugar. It is also said that Coca-Cola has become an integral part of the local culture in Chiapas. Many indigenous people believe that Coca-Cola can heal the sick. The BBC documentary features a ‘healer’ sacrificing a chicken to ‘Goddess Maria’ together with an offering of Coca-Cola.

However, framing the problem in terms of addiction or ‘culture’ gives the impression that it might be solved with the aid of therapy and health education. This is not the case. The residents of San Cristobal have no real choice. Even those fully aware of the ham done to their health by imbibing huge quantities of Coca-Cola have no better alternative. After all, they need to drink water and Coca-Cola does at least contain clean water, drawn from a deep unpolluted aquifer.

Is clean water available from any other source? Consider possible alternatives.

The town has no wastewater treatment facilities. Untreated sewage goes straight into the waterways. This is the water that comes, now and then, from the faucet, contaminated by E. Coli and other pathogens:

“Symptoms of Shiga toxin-producing E. coli (STEC) infection vary for each person, but often include severe stomach cramps, diarrhea (often bloody), and vomiting. Some people may have a fever, which usually is not very high (less than 101˚F/38.5˚C). Most people get better within 5 to 7 days. Some infections are very mild, but others are severe or even life-threatening.”[2]

What about the water trucks that occasionally pass through your neighborhood? I have information specifically about trucked water in San Cristobal, but here is an assessment of trucked water in Mexico City:

Trucked water is often higher in quality than the city’s notorious tap water, but its quality does vary significantly. Many suppliers simply provide filtered tap water in steel trucks — and others may bring water of such poor quality that it is unsafe to drink.[3]

The situation in poverty-stricken San Cristobal is presumably worse than in the capital.

If water from the faucet and trucked water are not safe options, then why not buy not Coca-Cola but bottled water drawn from the aquifer? And/or other drinks known to contain clean water — milk, fruit juice, beer?

This would indeed be a sensible thing to do. But Esquire remarks, without further explanation, that bottled water is ‘hard to find.’ So, perhaps, are other clean-water drinks. Perhaps Coca-Cola is the only clean-water drink that is at all widely available in this town?

In order to show why this may be so, I must go into the commercial aspect of the production and distribution of Coca-Cola in San Cristobal.

The Coca-Cola Company is a US-based multinational corporation. It produces not Coca-Cola but a syrup or paste concentrate that has to be diluted with water to make Coca-Cola. it sells the concentrate to bottling companies that make the Coca-Cola, bottle it, and sell it in various regions of the world to which they have bought exclusive rights.[4] The bottling company that owns the rights to bottle and sell Coca-Cola in Mexico as well as nine other Latin American countries is FEMSA (a Spanish acronym for Mexican Economic Promotions). FEMSA is a Mexico-based multinational beverage and retail company. It is FEMSA that owns and operates the bottling plant in San Cristobal. It also owns retail chains, including OXXO, Mexico’s largest chain of convenience stores.

Here again I have no information specific to San Cristobal, but a plausible reason why bottled water is ‘hard to find’ would be FEMSA’s ownership of the town’s retail stores. If one and the same company were to own the retail stores and the Coca-Cola bottling plant, it would hardly allow its stores to display drinks that would compete with Coca-Cola.

In accordance with an old agreement between FEMSA and the Mexican federal government, the company pays for the water it takes from the aquifer at a very low rate – about 10 cents for every 260 gallons, which comes to $120 per day or $44,000 per year. Even this very modest payment goes to the federal not the local government and cannot be used for local needs. FEMSA offered to build a sewage treatment plant to provide 500 families with clean drinking water, but this token measure was abandoned when the company realized that it would not stop local protests.

Why would the Mexican government allow this situation to continue? It may be recalled that Vicente Fox, the president of Mexico in 2000—2006, was a former chief executive of the Coca-Cola Company in Mexico. This fact suggests the political clout of the Coca-Cola business in Mexico.

Propagandists for capitalism like to dwell on the wide choice that ‘the market economy’ gives consumers. They forget to mention that this is true only of a competitive market and that most markets are no longer competitive. They are either oligopolistic, with a few big companies that conspire to limit consumer choice, or monopolistic, with a single company in a position to dictate terms to its customers.

In a place like San Cristobal, a vital human need – clean water – has been turned into a commodity monopolized by a single supplier. This supplier exploits its monopoly position to compel residents to buy clean water from itself and mixed with other substances that destroy their health and doom many of them to an early and miserable death.

End of the story?

Climate change has brought a sharp and persistent reduction in rainfall to the Central Highlands of Chiapas State. Both surface and deep water sources are undergoing rapid depletion. If this continues for very long, the region will no longer be able to support a large population and most of the people of San Cristobal will join the swelling stream of environmental refugees. At a certain point, whether due to exhaustion of the aquifer or to the falling number of consumers, the making, bottling, and selling of Coca-Cola will cease to be a commercially viable operation. The managers of the plant will depart, well satisfied with the splendid job they have done for the shareholders of FEMSA.

And so the story will end. Unless?

[4] A comrade was shown round a Pepsi-Cola bottling plant. When he entered the refrigerated room where the concentrate was stored, the stench was so overwhelming that he had to get out immediately. He felt that otherwise he would collapse.

Captives of Coca-Cola | World Socialist Party of the US (wspus.org)
Posted by ajohnstone at 6:28 pm