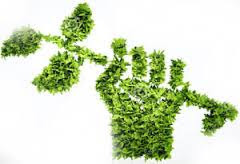 With COP26 almost upon us, will it solve the climate crises we face?

The most serious problems facing society today is that of its ecological damage and harm. The list of bad news on the environment is seemingly unending. Each of these issues represents a serious menace in its own right. Decisive action against carbon emissions and global warming is long overdue. The laws that have been enacted and regulatory agencies that have been established have at every turn been subverted by the very corporations and businesses responsible for the CO2 pollution. The regulations themselves have been watered down; agencies aren't funded adequately to act on them and are frequently corrupted by corporate interests; enforcement of even inadequate regulations has been poor, raising the question of whether the laws and regulations were ever intended to be anything more than window dressing by the class of capitalists that owns the fossil fuel industries. To understand why legislation hasn't worked and what kind of action will work to end this worsening environmental nightmare, it must be understood that the environmental crisis lies in the nature of the capitalist economic system. Capitalist-class rule over the economy explains why government regulation is so ineffective: under capitalism, the government itself is essentially a tool of the capitalist class. Politicians may be elected "democratically," but because they are financed, supported and decisively influenced by the economic power of the capitalist class, democratic forms are reduced to a farce.

Attempts under this system to solve our climate emergency with techno-fixes often create new problems. It will take a fundamentally different type of social and economic system to even begin to rationally address the problem -- a socialist society, freed from what Marx once referred to as "the furies of private interest" that now control technology and its application. Endangering the air, the soil and the water, putting our children and future generations at risk and making land unfit for farming and habitation are evidently less important to governments than saving a large capitalist enterprise the trouble of cleaning up its mess properly. As always, the moneyed interests come first, and people last. It seems all too obvious that every move ruling classes make is calculated to increase their profits or consolidate their power over the peoples and the countries they control. The cleanup of polluted waters, the reclamation of wetlands, and the restoration of the natural environment generally will have to wait for the advent of socialism. That is the only sane, logical and practical way to eliminate all such unnatural disasters because it is the only way to take control of the economy away from impervious and brutish ruling classes and place it under the direct control of society as a whole. Because of capitalism and the insane motivation on the part of the capitalists to keep initial investment to a minimum to make the most profit, especially near-term profit people are exposed to toxic surroundings.

Hurting the environment is not an inevitable by-product of modern industry. Methods exist or can readily be developed to safely neutralise, recycle or contain most industrial wastes. Less polluting forms of transportation and energy can be built. Adequate supplies of food can be grown without deadly pesticides. The problem is that, under capitalism, the majority of people have no power to make these kinds of decisions about production. Under the capitalist system, production decisions are made by the small, wealthy minority that owns and controls the industries and services -- the capitalist class. And the capitalists who make up that class make their decisions to serve, first and foremost, one goal -- that of maximising profit for themselves. That is where the environmental crisis begins. Socially harmful decisions are made because, in one way or another, they serve the profit interests of the capitalist class. The capitalist class and its government will never be able to solve the environmental crisis. They and their system are the problems.

The action workers must take is to understand their economic and political power as operators of the industries and services by building and integrating into ONE MOVEMENT with the goal of building a new society with completely different motives for production -- human needs and wants instead of profit -- and to organise their own political party to challenge the political power of the capitalists, express their mandate for change at the ballot box and dismantle the state altogether. The new society they must aim for must be one in which society itself, not a wealthy few, would own the industries and services, and the workers themselves would control them democratically through their own organisations. In such a society, working people themselves would make the major decisions controlling the economy, electing representatives to various committees, councils and congresses that would administer the economy. Such a society -- a socialist industrial democracy -- is what is needed to solve the environmental crisis, by placing the economic decision-making power of the nation in the hands of the workers, by eliminating capitalist control and the profit motive in favour of a system in which workers produce to meet their own needs and wants, the necessary resources and labour could be devoted to stopping climate change at its source and better clean up the damage already done.

What is to prevent the workers in socialism from polluting the environment just like the capitalists? Socialism would place a priority upon protecting nature because the totality of the social interest would determine production decisions, not the narrow, material self-interest of a minority of society that is driven by competition.  Material self-interest compels capitalists to maximise profits, to the detriment of the social interest - not simply because they personally desire ever greater wealth, but because competition constantly threatens to eject them from their seat of privilege. The occasional capitalist or CEO who attempts to act in a benevolent manner generally doesn't last too long, as the company in question will fall behind its competitors if it spends significantly less on improved productivity, to remain competitive. Accordingly, except in cases where a pollution control measure substantially improves productivity or otherwise promises a substantial increase in profits, capitalists are virtually driven to use the least expensive method of waste disposal - spewing it into the air, water or land.

Simply dumping wastes into the environment would still be less "expensive" -- in terms of the labour-time necessary to dispose of them -- in a socialist society. But in the cooperative-based economy of socialism, the compelling anti-social force of competition would be absent. Moreover, with the end of exploitation, workers would be able to satisfy all of their material needs with but a fraction of the present work-week. And with employment opportunities and economic security guaranteed to all, no worker would have to fear the economic consequences of a particular workplace or area of production being shut down due to environmental considerations.

With their basic material needs so readily and assuredly met, the liberated people of a socialist society will have every incentive to devote a considerable quantity of labour time to improving the quality of life in other ways. Certainly, the desire to live in a clean, healthy, spacious and aesthetically pleasing environment, and an appreciation for the wonders and beauty of wilderness environments, are fairly universal among humankind.

There is a collective self-interest in breathing clean air, drinking clean water, eating clean food, living a long, healthy life and enjoying both the scientific and aesthetic bounty of nature, it is safe to predict that workers would vote to allocate the energy necessary to virtually eliminate pollution at the point of production.

Thus, while in an abstract sense it is true that the self-governing producers of a socialist society could democratically decide to continue polluting the environment, it would defy all reason and human nature to project such a decision. It is no more valid or credible a supposition than supposing that everyone under socialism could decide to burn down their own home or commit suicide someday.

Under capitalism, the profit motive and competition form a systematic barrier against the protection and restoration of the environment. In a socialist society, that barrier will be destroyed and humankind's common needs and wants will guide economic decision-making. Since those needs and wants include a clean and healthy environment, a socialist society will take the steps needed to create one.