Enough has been Enough 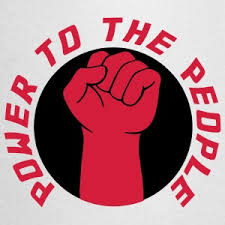 The  latest US Bureau of Labor Statistics report showing that a record 2.9 percent of the workforce quit their jobs in August, which is equivalent to 4.3 million resignations.

If such a high rate of resignations were occurring at a time when jobs were plentiful, it might be seen as a sign of a booming economy where workers have their pick of offers. But the same labor report showed that job openings have also declined.

A new Harris Poll of people with employment found that more than half of workers want to leave their jobs. Many cite uncaring employers and a lack of scheduling flexibility as reasons for wanting to quit. In other words, millions of American workers have simply had enough.

Jack Kelly, senior contributor to Forbes.com, a pro-corporate news outlet, has defined the trend as, “a sort of workers’ revolution and uprising against bad bosses and tone-deaf companies that refuse to pay well and take advantage of their staff.”  Kelly goes on to say, “The quitters are making a powerful, positive and self-affirming statement saying that they won’t take the abusive behavior any longer.”

There is now also a growing willingness by unionized workers to go on strike.  Actual strikes or calls for such are coming so thick and fast that former U.S. Labor Secretary Robert Reich has dubbed the situation “an unofficial general strike.”

Workers are flexing their power and corporate America is worried.

Union representation remains extremely low across the United States—the result of decades of concerted corporate-led efforts to undermine the bargaining power of workers. Today only about 12 percent of workers are in a union.

Workers have more leverage when acting as a collective bargaining unit than as individuals. Take Nabisco workers who went on strike in five states this summer. Mondelez International, Nabisco’s parent company, saw record profits during the pandemic with surging sales of its snack foods. So flush was the company with cash that it compensated its CEO with a whopping $16.8 million annual pay and spent $1.5 billion on stock buybacks earlier this year. Meanwhile, the average worker salary was an appallingly low $31,000 a year. Many Nabisco jobs were sent across the border to Mexico, where the company was able to further drive down labor costs.

After weeks on the picket line, striking Nabisco workers, represented by the Bakery, Confectionery, Tobacco Workers and Grain Millers International Union, returned to work having won modest retroactive raises of 2.25 percent, $5,000 bonuses and increased employer contributions to their retirement plans. The company, which reported a 12 percent increase in revenue earlier this year, can well afford this and more.

Another example of how union organizing made a concrete difference to working conditions is a new contract that 7,000 drug store workers at Rite Aid and CVS stores in Los Angeles just ratified. The United Food and Commercial Workers Local 770 negotiated a nearly 10 percent pay raise for workers as well as improved benefits and safety standards.

Why Record Numbers of Workers Are Quitting and Striking (pressenza.com) 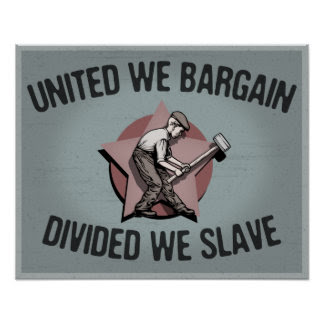