The Jena Declaration on "Race"

Scientists at the University of Jena in eastern Germany have called for the term "race" to no longer be used.  saying there is no biological basis for the classification of humanity into races.


"The primarily biological justification for defining groups of humans as races — for example based on the color of their skin or eyes, or the shape of their skulls — has led to the persecution, enslavement and slaughter of millions of people," the scientists wrote in the Jena Declaration. "However, there is no biological basis for races, and there has never been one. The concept of race is the result of racism, not its prerequisite," they continued.
The hierarchical categorization of groups of people based on their biological traits — for example, eye color, skin color, or skull shape —  infers evolutionary relationships between species, which scientists in Jena now call a form of racism.
Scientific research on genetic variations of human beings shows that "instead of definable boundaries, genetic gradients run between human groups,” say the scientists. "To be explicit, not only is there no single gene that underpins ‘racial' differences, but there is not even a single base pair."
the group of scientists drew a link between current forms of racism and "seemingly scientific disciplines" like racial hygiene or eugenics.
"Designating ‘the Africans' as a supposed threat to Europe and attributing certain biological characteristics are also in the direct tradition of the worst racism of our past. So, let us ensure that people are never again discriminated against on specious biological grounds," the scientists write.
This declaration by the scientific community is something that those of us within the socialist movement have been saying for decades.
https://www.dw.com/en/dont-use-the-term-race-german-scientists-urge/a-50390582 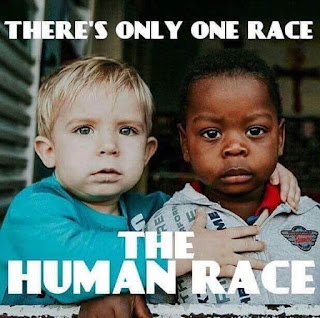