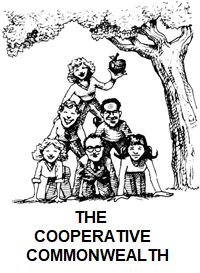 Millions of young protesters around the world took to the streets yesterday in the largest climate protest in history. School students in more than 150 countries did not attend school but instead joined in one of the an estimated 2,500 protests which demanded their governments take urgent action against the rising levels of greenhouse gas emissions.


The kind of world implied by the aspirations of the participants in the Global Climate Strike is one where society could make definite decisions about how best to provide for needs and then be free to implement those decisions outside the economic constraints imposed by capitalism. There can be only one way to achieve this — through the success of the world socialist movement. Socialism is a practical and feasible solution to humanity’s current problems and is entirely possible once enough people want it. We, in the Socialist Party, are the ecologists in the fullest sense of the word. Join us now. What more meaningful way could there be to take up a new life in a better world than to join in with the work of sparing the planet by sharing the world.

At present, the Earth is in the hands of a small minority of the world population. Their interests prove irreconcilable with the need to protect the environment from global warming and environmental degradation. The mass actions taking place demonstrate that there is a growing awareness and anger about the ruination of our home.

Environmental problems do not occur because of bad or evil men who don’t care a damn for the world but because of the profit motive rooted in capitalism. We have to tell our friends in the climate movement that the idea that somehow, with enough campaigning and raising of environmental awareness, an ecologically friendly society will be brought about is a fantasy. Yes, the success of direct action has ensured that the environment has been put on the political agenda but even they have to concede that when laws protecting the environment are produced, they are often unworkable or so loosely applied as to be meaningless. You can’t assume that because something is forbidden, it isn’t going to happen.

At the end of the day eco-protesters will never be able to combat the motive of profit which is the root cause of the problems they wish to ameliorate and are destined to struggle endlessly against the tide of capitalism. The economic drive which governs the use of our planet's resources is the accumulation of capital, which is itself governed by the economic laws of commodity production. This inevitably results in the inability of society to consciously regulate its relationship with the natural world. The function of the working class is to apply its labour power to natural resources for the object of profit and capital accumulation. Thus oil, coal, natural gas, ores, the land, seas, forests and atmosphere function economically for the object of capital accumulation. This is the system which the environmentalists consider inviolable and can only perpetuate in one form or another. The continuation of capitalism on its blind and uncontrolled course is a gamble on the conditions of life itself. This is surely within the view of anyone with a serious concern for ensuring a stable balance of natural systems in which humanity can enjoy being part of nature.

The plundering and pollution of the world is not caused by modern technology or too many people in the world but by the private property profit-system. If the resources of the Earth, natural and man-made, belonged in common to all mankind they could be used in a sustainable and non-wasteful way to provide for the needs of all. In such a society production and distribution can be geared to satisfying human needs which, contrary to the mythology used to justify capitalism, are not limitless and can be met without over-stretching nature’s resources. In fact satisfactions can be increased – which after all must be the aim of socialism and it requires the development of productive forces.

Socialist growth must be a rational, planned development for everyone’s equal benefit, which would therefore be ecologically benign, a framework within which humans can meet their needs in sustainable ways. Only by replacing the profit system with truly democratic organisation can we give the environment the priority it deserves. Speed the day when such political awareness amongst the vast majority of the population will exist. The more action we all take to build socialism, the less our climate will change and the more livable the world will be for ourselves, our progeny and all the rest of life on earth. 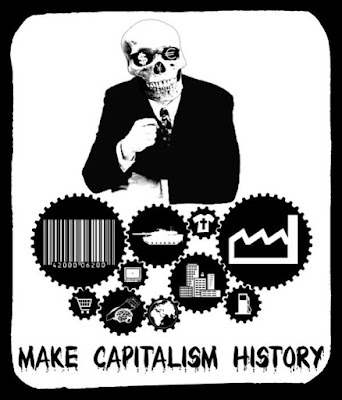