Capitalism is Culpable and the Culprit 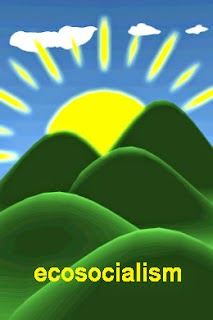 We are faced with the most serious problem ever to confront the human race and yet most eco-protesters and scientists still support a system of society which is the basic cause of the climate crises. If the scientific community was to apply their techniques of scientific investigation to human society and its evolution. they would come up with only one answer: the establishment of a system of society where production will be for direct use, goods and services will be free to all, and where all will have a direct democratic input because they are social equals.

Environmentalism is often considered as a relative new social development yet in Capital in 1867 Marx was stating:
"For a century and a half England has indirectly exported the soil of Ireland, without even allowing its cultivators the means for replacing the constituents of the exhausted soil."

Marx was drawing on the work of the German chemist Justus von Liebig. For Liebig a system of production that took more from nature than it put back could be referred to as a "robbery system" a term that he used to describe industrialised capitalist agriculture.

Campaigner and activist, Vandana Shiva, writes movingly about humanity’s connection with the the soil:
“Contemporary societies across the world stand on the verge of collapse as soils are eroded, degraded, poisoned, buried under concrete and deprived of life...We need to measure human progress not on the basis of how much cement buried the soil, but how much soil was reclaimed and liberated.”

Some in the environmentalist movement can rightly be called “gloom and doomers” because they recognise the climate change crisis and they correctly deduce that the present system is unsustainable yet offer few real basic alternatives to the system. They see our descent into some form of inevitable collapse of civilisation and there are enough post-apocalyptic depictions in modern literature and movies to reinforce such a vision of our future. When sufficient numbers of doctors tell you that you have a terminal illness, you tend to believe it and forget any cure except some palliative treatments to minimise the discomfort of the disease. But sometimes comes along research suggesting a different remedy and you’d be a fool not to investigate its worth and perhaps give it a try. It should be a no-brainer. This is what the World Socialist Movement offers. We aren’t snake-oil salesmen offering quack cures. We simply propose that a new sort of society will produce a new type of world for the planet’s ills that has at its heart, unhealthy practices that must cease for a recovery to full fitness. As long as we have the capitalist system, the demands of for endless economic growth will undermine the creation of steady-state society based upon reciprocity.

Capitalism requires a constantly expanding production and consumption of goods, which can only be achieved through the increased exploitation of the planet’s natural resources at an unsustainable rate. Capitalism is not only causing massive human suffering and death for millions around the world today, it is destroying the planet for future generations. Capitalism is dependent on exploiting the planet’s resources at an unsustainable rate in order to constantly increase production and maximise profits. Unless we acknowledge the ecological destructiveness inherent in the capitalist system, our efforts to achieve sustainable development will amount to little more than window dressing. The inevitable outcome is ecological Armageddon. It’s time we recognised this for the sake of our children and grandchildren.

Much is made of in environmentalist circles of the expression “ánthropocene”, an era in which, human impacts upon the world have become so pervasive and profound that they rival the great forces of Nature. However, the Socialist Party argues that it is more historically appropriate to understand humanity’s effects upon ecology as “the capitalocene.” After all, it is only during the relatively brief period of history when capitalism has existed and ruled the world system (since 1600 or thereabouts) that human social organisation has developed the capacity and compulsion to transform Earth systems. The destruction of livable conditions is best explained by changes that capitalism’s endless pursuit of profit, accumulation has wreaked on the environment.

We often hear radical environmental activists decry the kind of capitalism we now have, ‘neoliberal’ capitalism, ‘unregulated’, 'deregulated' capitalism, ‘unfettered’ capitalism, ‘predatory’ capitalism, ‘extractive’ capitalism, and so on. These descriptions undermine the argument that the issue isn’t creating a better capitalism but confronting capitalism as a social system. Capitalism does of course vary across time and place, and some of the differences are far from trivial. But in terms of substantive change, we should not overstate the importance of outward appearance. Perhaps the adjective we would accept is 'monolithic' capitalism.

The protection of our environment is part of our class war against capitalism. Noam Chomsky reminded us that if the global environmental catastrophe being created by climate change “isn’t going to be averted” soon, then “in a generation or two, everything else we’re talking about won’t matter.” What can we expect from a world whose rulers are motivated only by profit and whatever it takes to increase it? Government and the judiciaries are sock puppets which does what they are told, and have been taught that it matters not what the people want, or how much suffering they endure. Only profits count. These are the people who don't give a damn and for whom profit is the only worthwhile gain.

The planet is on a climate change trajectory where we're not going to be able to stop the floods, the droughts and forest fires and the ensuing famines. It's not enough to protest what we shouldn't do. We need to propose and seek a socialist solution. We have to end capitalism. Only by changing the economic system in which we live, can we survive. We need much more than energy tinkering that simply unplugs fossils and plugs in renewables. There is a much deeper form of denialism at work here. Telling people that becoming a vegan will stop climate change is close to insanity. For the planet to survive, capitalism must be replaced by socialism. 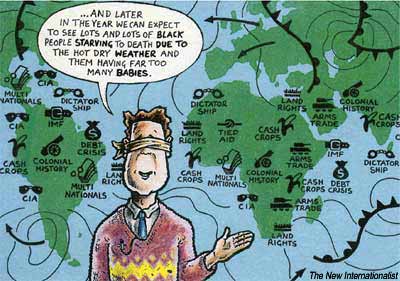