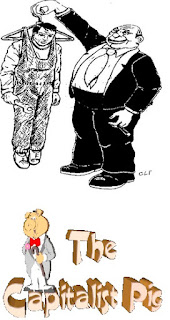 At the 50 publicly traded U.S. corporations with the widest pay gaps in 2018, the typical employee would have to work at least 1,000 years—an entire millennium—to earn what their CEO made in just one.  The median worker pay averaged just over $10,000 while median CEO pay averaged $15.9 million.

Among S&P 500 firms, nearly 80 percent paid their CEO more than 100 times their median worker pay in 2018, and nearly 10 percent had median pay below the poverty line for a family of four.

An annual Economic Policy Institute analysis published last month found that the average take-home pay of chief executives at the largest 350 U.S. companies in 2018 was $17.2 million, 278 times that of the average worker.

Federal data released last week showed that income inequality in the United States hit its highest level ever recorded in 2018.