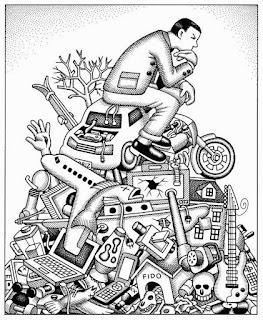 Nothing will really get done to change the state of the world - certainly not while we continue to accept living, breathing and working within a capitalist system. We have been bombarded for decades with the idea of overpopulation and food scarcity. It all seems logical and credible, right? Well, think again. The capitalist system spells deprivation and misery for great numbers of the population. The "overpopulation problem" is really a misuse of resources problem.

Capitalism, as a system of rationing via the market, is justified in people's minds by a belief in scarcity. "There isn't enough to go round", so we must be restricted in what we are allowed to consume. It has become a cliché to speak of "this overcrowded planet” yet if, for example, the entire world's population were now placed in the United States, the population density in that country would still be little more than that of Holland. The world already grows enough food for over 10 billion people. World hunger is extensive in spite of sufficient global food resources. Therefore increased food production is no solution. The problem is that many people are too poor to buy readily available food. The market responds to money and not to actual need. Even in countries with excess food production millions are malnourished. We don’t have a scarcity problem. We have a distribution problem. Isn't it amazing how many can see all this happening, can be living and trying to hold everything together in dire circumstances, can hear the temperature figures bandied about regarding climate change and global warming and yet they still cling to it as if there's no alternative? It's not negative to promote a world society of common ownership and equal access with all basic needs met for each and every individual. It's not negative to promise everyone the opportunity to contribute their skills for the benefit of the greater community. It's not negative to spend time explaining to climate protesters how much better off we'll all be within a socialist system. We're looking to build an enlightened majority in order to bring it into being. How about you? The myth that overpopulation is the problem is not supported by evidence. We should reject anti-humanist solutions. We must celebrate humankind.

Catastrophic climate change is coming and it’s coming sooner than you think. In fact. it is here. The is climate crisis all around us. Yet we forget that the climate emergency has emanated from the way our society is structured – an edifice based on an unending desire for profit and a way of life that sees nature as an object of exploitation and extraction. It is now fundamental to ask ourselves who and what is causing the climate to change like this. We urgently need to unmask all the abstract answers, which attempt to blame all of humanity. These abstract answers disconnect the current situation from the historical dynamics which have emerged from fossil fuel industrialisation, which causes global warming, and the logic of capitalism, which is sustained by the private appropriation of wealth, and the conquest of profit. Profit at the cost of social exploitation and ecological devastation: these are two faces of the same system, which is the culprit of climate catastrophe.

Capitalism is the reigning economic system built upon profitability. It is equipped with an elaborate and vast apparatus of institutions to establish its global reach and penetration into lives. In this sense capitalism is the “mode of production” characteristic of our epoch and we consider it to be the cause of most of our social problems and many of our personal woes. Its survival is based on the predatory exploitation of people and of the planet. Marx called attention to its tendency to grow without end, that central feature of capital, its ceaseless growth, as in: “Accumulate! Accumulate! That is Moses and the Prophets!” Marx’s conception of accumulation puts into a deep shade all efforts at reform of the capitalist system, for when reform becomes the goal it works to improve, even perfect, the functioning of the system along with remedying its damages—a contradiction in the case of capital. Under the regime of capital, the commodity rules, as fetish, or idol. We need to trans-form, not re-form, capitalism. Our obligation—to our children and grandchildren, to life, and the future itself—is to build a society whose productive logic does not impose accumulation on the world.

Capitalism has failed and it now acts as a barrier, preventing production being geared to human need. Rather than constantly tinkering with this system, we should start looking beyond it to an alternative: a class-free world community based on production for human need, not profit. No one, not even us socialist “cornucopianists”, believe that the resources of the planet Earth are unlimited. The real problem is how those resources are distributed.

Decades of international conferences have been decades of missed opportunities and it has demonstrated beyond reasonable doubt that neither governments nor corporations nor NGOs are willing or capable of bringing about what every doctor has ordered. The tireless work of eco-activists, well-meaning officials, good-intentioned scientists and enthusiastic school children have made one thing clear: rallies outside conferences will not turn the tide. The time for symbolic protest such as the 20th September Global Climate Strike and for demands such as the Green New Deal are over. It is too late to speak truth to those in power. Now we must speak to the power within ourselves. The clock is ticking. We have a duty to resist the exploitative, extractive, unequal and unjust economic system. We need to replace it. We must restore the rhythm of humanity living in harmony with ourselves and with the earth. There is an alternative. It is being imagined and created all over the world, and now is the time to realise it. But we cannot move beyond fossil fuel without a positive vision of the world we wish to create and care for.


Such is the core principle of socialism which does not settle for anything less than the end of capitalism as a mode of production, refusing to turn away from the goal of social revolution. It follows that a prime task for socialism must be to produce eco-minded socialists capable of integrating nature with humankind. Capitalism is not just “an economic system” – it is a social system, which has created this thing we call “the economy”, and subordinated everything, from the soil to the sky, to its laws. The economy becomes the central organising force of society, and also its limit, which cannot be transgressed. The goal of socialism is thus to emancipate ourselves from capitalism.

We set forth our ideas, not to impose them on anyone, but to encourage and inspire a vision of an alternative future we can all choose and work towards. We have a world to re-build. With this common vision we believe that a movement of billions, united, is only a hair’s breadth away. Even in the unlikely case that you may not care of our times, spare a thought for you coming generations, their inheritance. Do you wish to present to them a world of chaos and destruction? We need to unite, all the people of the world, to resolve the environmental crises, to restore our relationship with nature. We call for the solidarity and harmony of all world’s peoples, united in struggle against the structure of capitalism – of greed, thievery and profiteering. We must build unity through understanding. Socialist ideas is the way in which we understand this world. We understand the current world order as unacceptable. We know a new world is necessary. While others are afraid to understand that capitalism is the enemy of nature, we want to change the system and not the symptoms. Organising around this is the key to building the socialist movement. We declare that a socialist revolution is necessary and possible.

For sure, truly global grassroots network has emerged. It is undeniable and its feeling its way forward but still without understanding the goal. People everywhere are searching for a way to change things, for a way to get involved in the world. They are finding movements, and are going through cycles of euphoria and despair. There is a renewed awareness of the commons, and people are reclaiming them. Sometimes in our local struggles we feel like we’re just patching up the system; fighting for band-aids on gaping wounds. But theorising about revolution without a social base of concrete activity and organisation is no better. How can all this local struggle converge into something bigger and better? We understand that an anti-capitalist critique must be the lens and context for our daily lives. We are also searching for a vision to take us beyond protest, beyond mere resistance. Nor is socialism a utopia that we await with folded arms. The transformation of society will not be achieved by fragmented social activism or political action limited to the electoral arena alone. Only the convergence of social and political struggles in a comprehensive overall movement will enable us to build the necessary relationship of forces to be able to challenge the policies of the ruling class.

Socialism means a new mode of production. Socialism means a new understanding of human fulfillment, of human development. Socialism begins with freely associated labour in harmony with nature, without exploitation of humanity or nature. It is activated by life and not profit. It returns us to our most ancient roots as a species even as it carries us forward to the future. Shall civilisation emerge into a new world, with the end of the rule of capital over our planet, or shall we plunge into a deep abyss of climate catastrophe, a hell only a few may survive? The world may become unlivable in 50 years. The cause of this is capitalism. The planetary effects of climate change, from droughts to super-storms, are proving this to the world. 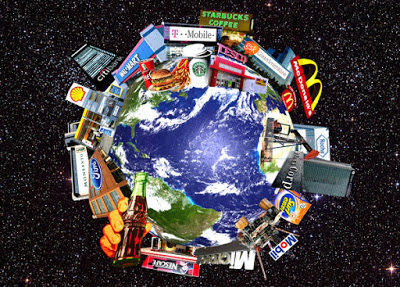