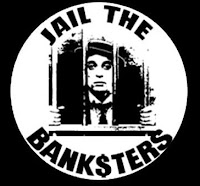 They have been called “the men who plundered Europe”, the “robbery of the century” and “organised crime in pinstripe suits”

Cum-ex transactions work by trading shares at high speed on or just before the dividend record date – the day the company checks its records to identify shareholders – and then claiming two or more refunds for capital gains tax which had in fact only been paid to the state once. Financial experts have likened the practice to the banking equivalent of parents claiming child benefit for multiple children when they only have one.

Speaking at a court in Bonn, Martin Shields, one of two former bankers on trial for 34 instances of serious tax fraud between 2006 and 2011, painted a picture of a London banking scene which lured in the brightest scientists from the country’s top universities and used them to boost their profit margins – without teaching them about the moral and legal consequences of their actions in return.

“This was the environment at that time: a financial industry that – at least as far as I could see – was geared towards maximum profit optimisation,” the 41-year-old told a courtroom on Wednesday.
“One tool to achieve this goal was tax optimisation: avoiding taxation as far as possible – and taking advantage of any opportunities that could be found or created. This was not the clandestine approach of a few. Rather, I saw it as the clear and openly communicated expectation of most major banks and their customers.”

While Shields did not respond directly to the charges of serious tax fraud this week, he said in hindsight he had started to feel regret about devising the schemes, which hoovered up money that could have otherwise been spent on building roads, hospitals or nurseries.