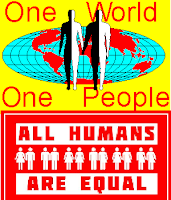 52,799 are being held in detention centers as of the 10th of September in the USA.

None have committed a crime, other than choose to enter the USA without the proper documents. Many are economic migrants seeking a secure future for themselves and their families, many are asylum seekers fleeing violence and persecution, many are climate refugees driven from their farms because of global warming.

The fear of newcomers is magnified by lies and language. A recent study found that Americans, as an overall average, think the foreign-born make up around 37% of the population; in reality, they are only 13.7%. In other words, in the American imagination, we are three times as numerous as we are in reality. The French think that one in three people in their country is Muslim. The actual number is one in 13. British respondents to the poll predicted that 22% of the people will be Muslim by 2020; the actual projection is 6%. A quarter of the French, one in five Swedes and one in seven Americans think immigrants get twice as much in benefits as the native-born. This is not remotely true in any of these countries. Americans estimate that a quarter of all immigrants are unemployed; in reality, under 5% are. What are people so afraid of? Fear of migrants brings in politicians votes. Politicians feed on the fear. Fear of migrants brings in viewers and readers for the media.

Yet multiple studies have found that people who have direct contact with immigrants have much more positive views about their work ethic and reliance on welfare, and are much more open to increased immigration.


Capitalists have shaped a world where power and wealth are unequally distributed, and European nations continue to pursue military and arms trading policies that have caused or contributed to the conflicts and instability from which many people flee.