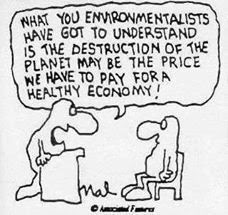 “As a result of excess greenhouse gases in the atmosphere, the ocean today is higher, warmer, more acidic, less productive and holds less oxygen,” said Jane Lubchenco, a former administrator of the National Oceanic and Atmospheric Administration (NOAA). “The conclusion is inescapable: The impacts of climate change on the ocean are well underway. Unless we take very serious action very soon, these impacts will get worse — much, much worse.”
More than 100 scientists from around the world contributed to the latest report by the IPCC, which found that profound and potentially devastating consequences lie ahead for marine life, Arctic ecosystems and entire human societies if climate change continues unabated.
Global warming  is already killing coral reefs, supercharging monster storms, and fueling deadly marine heat waves and record losses of sea ice. And Wednesday’s report on the world’s oceans, glaciers, polar regions and ice sheets finds that such effects only foreshadow a more catastrophic future as long as greenhouse gas emissions remain unchecked.
Given current emissions levels, a number of serious impacts are essentially unavoidable, says the report of the Intergovernmental Panel on Climate Change (IPCC).
For some major coastal cities, a historical 100-year flood event will happen annually by the year 2050,  no matter whether climate heating emissions are curbed or not. That includes large cities such as Jakarta, Manila, Bangkok, Lima, Singapore, Barcelona and Sydney, the report says. In the United States, cities facing fast-moving sea-level danger include Los Angeles, Miami, Savannah, Honolulu, San Juan, Key West and San Diego.

Paris Mayor Anne Hildalgo, who chairs C40 Cities, a global group of climate-conscious city leaders, called Wednesday’s report “shocking reading.”
“The world’s coasts provide a home to around 1.9 billion people and over half of the world’s megacities — all of which are in grave danger if we don’t act immediately to prevent rising temperatures and sea levels,” Hildalgo said in a statement. “Extreme high temperatures, coastal flooding, and more frequent natural disasters are becoming the new normal.... This is what the climate crisis looks like now.”
Because sea level-rise greatly amplifies storm surge events, “flood levels are all of a sudden returning in many cases once a year by mid-century, and it just gets worse from there,” said Michael Oppenheimer, a Princeton climate scientist who led the report’s chapter on sea-level rise. “We’re talking about storms that, when they come, result in loss of life, loss of property, shut down cities."

Sea level rise is accelerating, and the world could see 3.6 feet in total sea level rise by the year 2100 in a very high-emissions scenario. In 2013, the IPCC had estimated that value at slightly over three feet. But the truth is that even these estimates may be too small, because when scientists behind the report looked at an alternative method for gauging how much seas could rise — simply canvassing the views of experts — even larger estimates emerged. The group’s findings only highlight “likely” amounts of sea level rise, meaning they do not represent worst-case scenarios. In addition, if emissions continue to increase, global sea levels could rise by more than three feet by the end of this century — around 12 percent higher than the group estimated as recently as 2013. Various small island nations also face imminent dangers from rising seas


One of the document’s most striking findings involves the rise in sea level, which is now being driven mainly by the rapid melting of ice in Greenland, Antarctica and the world’s smaller glaciers. The report also finds that while it may be possible to adapt to rising seas if global emissions are somehow kept low throughout the century, the system could still tip toward very large ice losses from Greenland and Antarctica. If that happens, the rate of sea-level rise could become truly catastrophic, especially by the years 2200 and 2300, when it could exceed 10 feet.  Ice loss is accelerating in Greenland and Antarctica, scientists found. Permafrost, which contains enormous amounts of carbon that can be released as it thaws, has warmed to “record high levels.” “Widespread permafrost thaw is projected for this century and beyond.” A quarter is already near certain to melt, it said, and 70% or more would go if emissions are not curbed. In the latter case, hundreds of billions of tonnes of carbon dioxide and methane could be released, supercharging the climate emergency. Summer Arctic sea ice extent is now probably lower than at any time in “at least 1,000 years,” and the oldest, thickest ice has already declined by 90 percent.

Melting glaciers could harm water supplies. The world’s high mountain glaciers, upon which almost 2 billion people rely for water, are also melting fast, the IPCC found, while landslides are expected to increase. A third of the great Himalayan range is already doomed, with two-thirds projected to vanish if emissions are not cut.

Warming oceans could wreck marine fisheries. The ocean is losing oxygen, growing more acidic, taking up an increasing amount of heat, and becoming more stratified, with warm water at the surface preventing cooler, nutrient rich waters from rising. All of these changes have profound consequences for marine ecosystems.


One of the most shocking findings involves “marine heat waves,” which have been blamed for mass deaths of corals, kelp forests and other key ocean organisms. The large majority of these events are already directly attributable to climate change, and by the year 2100, they will become 20 times more common in the best case, and 50 times as common in the absolute worst case, compared with the late 1800s, the report found.
Many of these changes to oceans and ice are unfolding in parts of the Earth where few people live, and so the shifts are not always readily visible to most humans. But the changes taking place there ultimately will affect people around the globe, in the form of rising seas and other impacts. And as those impacts worsen, so does the difficulty of adapting to them.
“People at the poles are experiencing climate change frequently, much more than the rest of us,” said Ted Schuur, one of the drafting authors of the report and a permafrost expert at Northern Arizona University. “But I think that’s in our future. Everybody living outside of these polar regions is going to start having these same effects.”


Lynn Scarlett, the vice president for policy and government relations at the Nature Conservancy and a top-ranking Interior Department official during the George W. Bush administration, said the grim findings in Wednesday’s report should be a call to action.
"We must not let these climate change impacts paralyze us,” she said in an email. “We must address root causes of climate change by slowing and eventually stopping accumulation of greenhouse gas emissions.”
Taehyun Park, of Greenpeace East Asia, said: "The impacts on our oceans are on a much larger scale and happening way faster than predicted. It will require unprecedented political action to prevent the most severe consequences to our planet.”