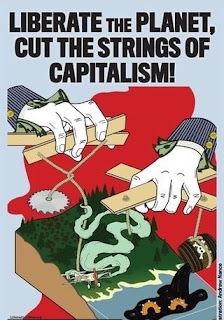 Climate change is not only having a devastating impact on the environments we live in, but also on respect for human rights globally, UN rights chief, Michelle Bachelet has warned.


She cited the civil wars sparked by a warming planet and the plight of indigenous people in an Amazon ravaged by wildfires and rampant deforestation.


She also denounced attacks on environmental activists, particularly in Latin America, and the abuse aimed at high-profile figures such as the teenage campaigner Greta Thunberg.


“The world has never seen a threat to human rights of this scope,” she told the UN human rights council in Geneva. “The economies of all nations, the institutional, political, social and cultural fabric of every state, and the rights of all your people, and future generations, will be impacted” by climate change, she warned.
The 42nd session of the council opened with a minute of silence for the victims of Hurricane Dorian in the Bahamas, where at least 44 have been killed and thousands of homes reduced to rubble.
“The storm accelerated with unprecedented speed over an ocean warmed by climate shifts, becoming one of the strongest Atlantic hurricanes ever to hit land,” Bachelet said. Low-lying small island states like the Bahamas, which are heavily affected by climate change, are quickly seeing rights to water, sanitation, health, food, work and adequate housing, she warned. She called for international action to mitigate the impact there.


The UN high commissioner for human rights also denounced the “drastic acceleration of deforestation of the Amazon.
“The fires currently raging across the rainforest may have catastrophic impact on humanity as a whole, but their worst effects are suffered by the women, men and children who live in these areas,” she said,  urging authorities in Bolivia, Paraguay and Brazil to “ensure the implementation of longstanding environmental policies … thus preventing future tragedies”. Jair Bolsonaro, last week accused her of meddling in his country’s affairs after she criticised the deteriorating rights situation there.
The UN rights chief also highlighted the impact climate change is having on insecurity around the world. She cited a UN estimate that 40% of civil wars over the past six decades have been linked to environmental degradation. In the Sahel region of Africa for instance, degradation of arable land “is intensifying competition for already scarce resources”, she said. This in turn exacerbates ethnic tensions, and fuels violence and political instability, she added.
Bachelet lamented that those sounding the alarm over the devastating impacts of climate change are often attacked. UN experts, she said, had “noted attacks on environmental human rights defenders in virtually every region, particularly in Latin America”.


“I am disheartened by this violence, and also by the verbal attacks on young activists such as Greta Thunberg and others, who galvanise support for prevention of the harm their generation may bear,” Bachelet said. “The demands made by environmental defenders and activists are compelling, and we should respect, protect and fulfil their rights.”
https://www.theguardian.com/law/2019/sep/09/climate-crisis-human-rights-un-michelle-bachelet-united-nations
Posted by ajohnstone at 4:56 pm