We want the bakery, not the crumbs 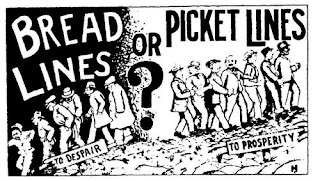 Hundreds of workers at a Hovis bakery in Wigan have voted to take strike action over the introduction of agency staff on zero-hours contracts in the wake of redundancies and cuts to pay and hours.
The Bakers, Food and Allied Workers Union said agency workers had been brought in almost immediately after the redundancy of nearly 30 workers in April. It said those workers were on contracts which did not specify set working hours and gave limited guarantees on conditions.
Posted by ajohnstone at 1:10 am