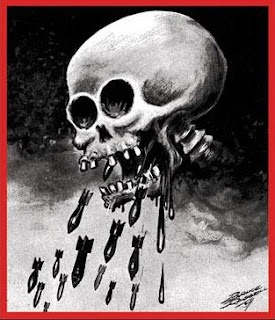 American, British and French air strikes by planes and missiles looks increasingly probable. The forthcoming  attack on Syria has nothing whatsoever to do with bringing “freedom and democracy” to Syria any more than freedom and democracy were reasons for the attacks on Iraq and Libya, neither of which gained any “freedom and democracy.” The attack on Syria is unrelated to human rights, justice or any of the fine sounding causes with which the great powers seek for the moral high ground.  It is difficult to believe that those highly educated journalists of television and newspaper a sufficiently gullible to believe that the agenda is to bring democracy to Syria or to punish Assad for his alleged use of chemical weapons yet they leave the real agenda unasked and unanswered, questions any genuine reporter should be interested in. Washington, London, and Paris support any number of dictatorial regimes with brutality and cruelty exceeding Assad’s record. The act of asking such probing question would help make the public be aware that more is afoot than meets the eye. Such as why is it that the main nations in the “fight against terrorism” are so prepared to topple a once ally in this war against terrorism and hand it over to Jihadist terrorists aligned with America’s mortal enemy Al Qaeda. Why is America now supporting terrorism? Why is France who went to war in Mali to stop Jihad rebels now also supporting similar terrorists?

The explanation of Assad’s seemingly irrational crossing of America’s  “red line” is said to be that it demoralises the rebels, underscores the impotence of their external financiers and suppliers, and confirms to Assad’s own patrons that he is committed to fight to the bitter end. For the Iranians, Assad’s CW use makes Syria — not Iran’s nuclear facilities — the battlefield to test American resolve.

It seems clear that the weapons were used, perhaps not on the command of Assad and possibly by a military commander who took it upon himself to give the order. Maybe we’ll never know for sure, and it will be lost in the fog of war. But even if turns out to be true that Assad’s government used poison gas that killed hundreds of people in the suburbs of Damascus, we in the Socialist Party will continue to oppose the war option, and resist the siren calls of vengeance and retaliation. If the Syrian government have made limited use of chemical weapons but suffer the full consequences of that then they just might decide it is as well be to be hung for a sheep as for a lamb and deploy them remorselessly.

The British and French governments has declared that Syria can be attacked without UN authorisation, just as Serbia and Libya were militarily attacked without UN authorization. By announcing the forthcoming attack, there is no incentive for the rebels to participate in the peace talks with the Syrian government now that  the West’s military is coming to their aid. At first, Britain said that President Assad would not be part of any political transition in Syria and there were propagandistic discussions in the foreign media about where he and his family might seek refuge. The US refuses to invite Iran to attend a peace conference, as Russia insists, though negotiations which exclude any major player in the Syria crisis are not going to achieve anything.

The rebels also do not want to negotiate with government because they are so fragmented that they would find it difficult to agree a negotiating team which represented the different strands of opposition. There are 1,200 different rebel military units in Syria by one estimate, varying in size from family bands of a few dozen fighters to small armies of well-organised and heavily armed militiamen deploying tanks and artillery. The most powerful of the latter are the al-Qaeda-linked al-Nusra Front and the Islamic State of Iraq and the Levant. Speaking of the Free Syrian Army, to which the US and its allies  send arms, a diplomat in Damascus expressed, saying: “How can they support the FSA, which doesn’t really exist inside Syria as an institution with any command and control?”

Humanitarian interventionism is to “justify”  Western countries taking on the role of global policeman. Might is Right. Saddam Hussein used chemical weapons and as long as it was for gassing Iranian’s it was fine with the USA. Obama is the Commander-in-Chief of a military that, within recent years, has used napalm, white phosphorous and depleted uranium shells, along with a host of other conventional and non-conventional horrors.  These weapons are not illegal under international law if used against combatants which is often ignores and civilian casualties put down to collateral damage, but they are no less terrible than sarin gas. Why the special revulsion to chemical weapons?  Is it worse to be attacked with sarin gas than with cluster bombs or cruise missiles or drones?  Why does it matter whether people are killed by explosives made of depleted uranium or with chemical agents or any other weapon. The U.S. has not joined the Convention on Cluster Munitions and instead continues to produce and sell cluster bombs, and used them as recently as seven years ago.  According to the Cluster Munition Coalition, from the 1960s to 2006, the U.S. dropped cluster bombs on Laos, Vietnam, Cambodia, Kuwait, Saudi Arabia, Bosnia & Herzegovina, Albania, Yugoslavia, Afghanistan and Iraq.Napalm was not only widely used by the U.S. during the years of the Vietnam War but also in 2003 during the invasion of Iraq. White phosphorus was used in 2004 during the assault on Fallujah, and tas recently as 2011 in Afghanistan.

Assad’s forces appear to be prevailing in the war. The US/UK/France powers have invested much political capital into the conflict; if they back down now, they lose political credibility. If they don’t back up his threats, they look weak; and "projected strength" is now a backbone of US foreign policy, which keeps weaker nations aligned and "rival" nations submissive.  An action in Syria will remind the region that the U.S. and its allies are intent on staying dominant, and that its threats are to be respected.  It demonstrates their willingness to defend "national interests" in the region. And in the end, it is national interests that determine foreign policy, not the deaths and suffering of the Syrian people. 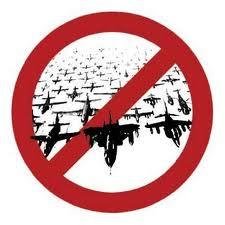 AJ
Posted by ajohnstone at 4:02 am

Nor should we forget Russia's past. Chechnya with one million population, less than the size of Wales, over 250,000 became refugees and 50,000 killed. Grozny, a town the size of Bristol or Edinburgh, was almost completely destroyed by house-to-house fighting and 27,000 of its population killed. The victorious Russian army ran wild after the fall of Grozny; looting, raping, atrocities, unprovoked massacres and murders of civilians were commonplace. Putin's hands is covered in blood too.