Together we can all lead 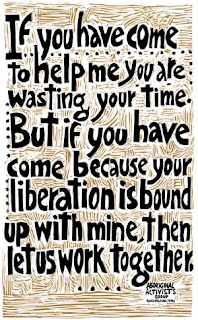 “It is extremely likely that human influence on climate caused more than half of the observed increase in global average surface temperature from 1951 to 2010,” a draft report from the Intergovernmental Panel on Climate Change said. “There is high confidence that this has warmed the ocean, melted snow and ice, raised global mean sea level and changed some climate extremes in the second half of the 20th century.”

The New York Times wrote “The consequences are expected to grow much worse in the coming decades, with many climate scientists seeing the probability of temperatures rising more than 5 degrees Fahrenheit if the present trend continues. Warming the entire planet by 5 degrees Fahrenheit would add a stupendous amount of energy to the climate system,” the NYTimes wrote. “Scientists say the increase would be greater over land and might exceed 10 degrees at the poles. They add that such an increase would lead to widespread melting of land ice, extreme heat waves, difficulty growing food and massive changes in plant and animal life, probably including a wave of extinctions.”

The possibility of a three-foot rise in sea levels would threaten some of the world’s major cities, possibly displacing hundreds of millions of people. The mix of mass dislocations from flooding and the loss of traditional agricultural lands to drought could exacerbate geopolitical tensions and spark warfare among desperate countries facing steep declines in standards of living or even mass starvation. There’s never been a clearer threat to survival than the rapid rise in the planet’s temperature caused by and for the profit of a very few.

The threat to human existence is acute. Socialists don’t tell you what you must do, they say what they must say. The ultimate in leaderlessness was, of course, the Occupy movement that swept the world which showed that we do not need a Leader per se, but we can all be leaders (with a small l) by the hundred of thousands and millions. Instead of a leaderless movement imagine it full of leaders where everyone is a leader.

Some think of “leaders” as the equivalent of  pacers in a bike race: one moment someone is out front breaking the wind, only to peel away to the back of the line to rest for a while. In movement terms, when that happens you not only prevent burnout of activists, you also get regular infusions of new ideas.

We live in an age in which creative ideas can spring up just about anywhere and thanks to new forms of communication, they can spread swiftly. This is in itself nothing new but it is opening up new opportunities.  What brings socialists together is that we have visions that point in the same general direction; and our enemies have no vision at all, save profiting from the suffering of the planet. The socialists job is to rally the workers’movement to stand up for itself. Resistance to capitalism will not succeed due to a Leader but to an inter-linked and inter-connected world socialist movement.

Environmentalists struggle to replace a top-heavy energy system, where a few huge power plants provide our electricity, with a dispersed and lightweight grid, where millions solar arrays on millions rooftops are linked together. The engineers call this “distributed generation,” and the benefits is it is not as prone to catastrophic failure and it does not rely on a few pools of concentrated fuel. The peoples’movement that will get us to such a new world must run on that kind of power too.

Adapted from an article by Bill McKibben on the Countercurrents website.