The ConDems - the real cheats 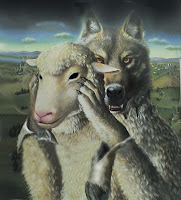 Welfare cuts that are meant to get the jobless back to work are driving down the living standards of hundreds of thousands of people who are in no position to find a job.

Chancellor, George Osborne, told MPs in June “It is about reducing dependency and changing people’s lives for the better … Where is the fairness in condemning people to a life on benefits because the system will not help them to get back into work?”

Researchers examined the potential impact of the reforms in areas covered by 325 local councils, and found that, in 314 of them, most of the savings would come from reducing benefits paid to households where somebody works. Social security reforms will save taxpayers £11.8bn in 2015-16, but it is reckoned that 59 per cent of that will come out of 530,000 households where there is someone working, compared with 41 per cent coming from 1.18 million households where no one works. Almost half of the total savings, £5.3bn, will come from a tightening up of tax credits.

Sharon Taylor, chairman of the  Local Government Association’s finance panel, warned “In many areas welfare reform is not encouraging people into work because the jobs simply don’t exist, while the opportunities for people to downsize their homes to cope with reductions in benefits are severely limited by a lack of affordable accommodation. Unless more is done to create new jobs and homes, households will be pushed into financial hardship and we will see a huge rise in the number of people going to their councils asking for help to make ends meet.”

TUC’s general secretary, Frances O’Grady, however, said: “The Government has tried to sell its welfare reforms on the back of mistruths and nasty stereotypes. However, this research exposes what a devastating impact its policies are having on communities throughout the country. Ministers are not cracking down on cheats as they claim, but destroying the safety net that our welfare state is meant to provide for those who fall on hard times through no fault of their own.’

The study calculates that most families on benefits will receive £1,615 a year less than they would have done under the old system – except in London, where high housing costs will reduce the incomes of households on benefit by £1,965 a year.
Posted by ajohnstone at 12:05 am