Socialism is not a Dream. It can be Reality. It's up to You... 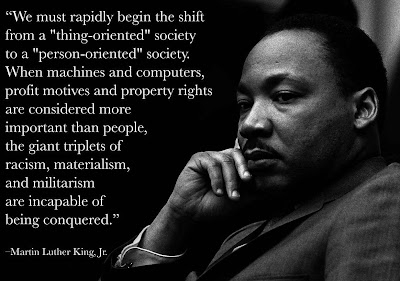 Socialism is the great beacon light of hope for humanity. The working class, black and white have been seared in the flames of withering capitalist injustice. Socialism will be the joyous daybreak to end the long night of capitalist exploitation, inequality, and poverty in the midst of  material prosperity. Socialism is not an end, but a beginning, it is the beginning of the real history of humankind, an awakening to the the emergence of the bright day of socialist justice. Socialism means the free development of each man and woman, black and white as the condition of the free development of all black and white men and women.

The black and white working class cannot walk alone, they are united together at the table of brotherhood and sisterhood. In socialist society all black and white men and women will be able to join hands and shout we are free at last. The working class need to realise that they create the world's wealth and that their interests are in common irrespective of  race and opposed to the interests of the capitalist class. When the united black and white working class recognise their own immense potential power to transform society, act in conscious unity to solve their problems by abolishing capitalism, then they will be truly in touch with their own emancipation. There is an urgency now to rise from the dark and desolate valley of  capitalism and  move forwards to a world socialist society through cooperative, revolutionary political action.

Capitalism fosters inequality, prejudice, unfairness, racism, injustice, unemployment, homelessness, police brutality and the criminalisation of our young people. Racism thrives when capitalism is in a slump and adopts austerity. Racism results from the economic anarchy of capitalism, the prejudice diverts the working class from facing the real cause of modern society's problems which is the existence of capitalism. Capitalism promotes and aggravates conflict such as racism. The cure for racism is the abolition of capitalism.

Socialism is organised on the basis of human co-operation for the common benefit of all humankind  where things will be produced solely to meet human needs.  Socialism will mean the greatest flowering of imagination, creativity and achievement in history, it will be a world  of abundance and freedom. People will relate to each other as equals, as sisters and brothers. Co-operation will be the norm and  an established reality, not an impossible dream. Socialism will be the end of racism; it will be a world free of social conflict in which human beings live and work in unity without distinction of race.

Get in touch to help bring an end to the capitalist system.