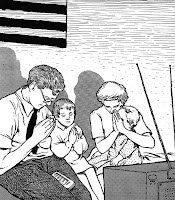 Jeff Bezos, the founder of Amazon, has recently bought The Washington Post for $250 million, roughly 1/100th of Bezos’ net worth, which is said to be in excess of $22 billion. He now controls  the second most influential newspaper in the United States of America—and it barely dented his wealth. Thirty years ago, 50 companies controlled 90 percent of all the media in America. Today it’s six companies (GE Capital, Newscorp, Disney, Time Warner, Viacom, and CBS)

The capitalist class control the most efficient instruments for maintaining economic and political power ever devised by any ruling class in history. They have organised in every strand of the social fabric such as the  “free press.”  The claim that capitalism has made a free mass media possible will not bear serious examination.  Under capitalism the ruling class have always found ways and means of preventing their opponents from freely using the media.  Capitalists conduct a strenuous campaign to popularise their views and ideas among the workers. It is at this point that the all-importance of their control over the mass media makes itself felt.  The press, the radio and the tv have been the most aggressive weapons in the interests of capital against labour. These organs are continually making rhetorical appeals to the workers not to injure “society” or the “community” and to accept the judgment of “public opinion.”

To-day, the mass media are dominated by a few large companies and their capital runs into many millions. It  has become one of the richest fields of capitalist investment. Journalism has ceased to be a profession and has become an engine of commerce for creating dividends. To gain profits the media  must get viewers and readers by the million. By their nature, the media spread broadcast certain ideas. The modern press, being such an important asset for making profits, must of necessity defend modern capitalism. This means, in short, that the modern press must spread those ideas, which, in practice, are opposed to the labour movement.  The capitalist media must defend the propertied interests for the simple reason that the capitalist press in recent years has become, itself, one of the greatest of the modern propertied interests. The advertisers are the financial mainstay of the  media outlets and they know it and call the tune accordingly. The unwritten law in any editors office is that important advertisers must never be offended.

There is no escape from the facts that profit-making and the perpetuation of capitalism is the first and main objective of the modern media. It is true that they may occasionally attack each-other from time to time. But if these internecine quarrels are studied it will be found that the dispute has arisen over a difference in methods of profit-making. The industrialists will attack the financiers and vice-versa. Beneath all these domestic disputes there is absolute harmony regarding the need for a steady and united attack upon the demands of the workers. The greatest technologies of political publicity is in the control of those who, because of their economic interests, must necessarily oppose the most basic demands of the working class.

The tremendous power wielded by capitalism through the mass media, shows the cant of those who rant about the political equality of modern democracy. The property-owning class  have, in their control of the media, a political weapon much superior to anything possessed by the workers. The influence of the media does not affect political opinions alone, but it extends to all the opinions of men and women, and it modifies customs as well as laws.

The most vital thing about the world socialist movement is its educational propaganda - its ability to shed light  upon economic class interests, and effect within the working class, solidarity, and imbue within them, the spirit of revolution. This propaganda is the life-force of the movement. Unfortunately, workers lack discrimination and choose the tabloid red-tops to read and reality tv and soap-operas to watch. Such choices are not only not a help to the worker but a millstone about his or her neck. How different are the capitalists to the power of the media which they develop and support to buttress their class interests. The  media is one of their most valuable assets, and, as an investment, pays the highest dividends.

Without a voice the labour movement is dumb; it is speechless. The 21st century has thrown up many challenges to the existing means of media control. Today, we have the internet, its websites and the social media to reach the public. We must make it as formidable as the movement of the working class requires and maintain its independence from government and corporate controls. Workers and their organisations must use every form of media available to spread socialist ideas and everywhere expose the propaganda behind the ruling class ideologies. The struggle against censorship laws is a permanent task of socialists in order to enable the working class to play its part in the battle of ideas.