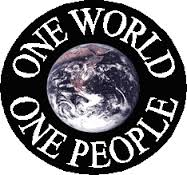 Who runs the country?

Judge Robert Summerhays of the U.S. District Court for the Western District of Louisiana—an appointee of then-President Donald Trump—concurred with 24 Republican-controlled states' assertion that the Biden administration's decision to terminate the Centers for Disease Control and Prevention (CDC) rule "violates the Administrative Procedures Act" because it "failed to consider the effects of a Title 42 termination on immigration enforcement and the states."

The injunction blocks the administration of Biden from lifting Title 42, a Trump-era public health order that both presidents have invoked to deport around two million asylum-seekers under the pretext of the Covid-19 pandemic. First implemented by the Trump administration in March 2020 at the pandemic's onset, Title 42—a provision of the Public Health Safety Act allowing the government to prohibit entry into the U.S. of people who could pose health risks—was continued by Biden. More Title 42 removals have occurred during Biden's tenure than Trump's.

"If Congress locks Title 42 into law, what we're really talking about is creating an asylum system that selectively doles out protection for certain groups, while keeping out Black and Brown people," Helena Olea, associate director of programs at Alianza Americas, said in a statement. Olea contended that "Title 42 was never about protecting public health. It was about eliminating the possibility of asylum for people who cross the border by foot, fleeing instability and violence resulting from multiple factors, including U.S. policies."

Tami Goodlette, director of litigation at the immigrant legal aid group RAICES, called the judge's decision "both infuriating and unlawful."

"President Biden could have ended Title 42 and all of Trump's inhumane and immoral policies as soon as he took office in January 2021 with the flick of a pen," she continued, "but instead, he surrounded himself with centrist advisers who coddled his fears on immigration reform and embraced deterrence as their central priority on immigration." Goodlette then added, "Now, the anti-immigrant right-wing agenda continues to fly forward unchecked and immigrants seeking safety and asserting their legal right to asylum will continue to pay the price."

"Beyond the devastating humanitarian impact of Title 42, the court's ruling also fails to recognize well-established domestic and international law," said Krish O'Mara Vignarajah, president and CEO of Lutheran Immigration and Refugee Service. "Seeking asylum is a legal right, and yet this bedrock of the American legal system is quickly eroding at a time of unprecedented need."

Posted by ajohnstone at 5:42 am