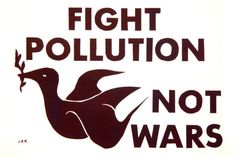 Benzene is a known carcinogen that is highly toxic.

An estimated 6.1 million people in the US live within three miles of a refinery, with low-income people and people of color represented at rates nearly twice that of the general population.

A dozen US oil refineries last year exceeded the federal limit on average benzene emissions. Among the 12 refineries that emitted above the maximum level for benzene, five were in Texas, four in Louisiana, and one each in Pennsylvania, Indiana and the US Virgin Islands, a new analysis by the Environmental Integrity Project revealed.

Out of 129 operable oil refineries in 2021, 118 reported benzene concentration registered at or near the site, otherwise known as the fence-line. Nearly half of these refineries released benzene levels above 3 micrograms per cubic meter, which the Environmental Integrity Project defines as a long-term potential health threat. The EPA requires facilities to take action if they exceed an average 9 micrograms per cubic meter, or above “action level” emission of benzene.

Marathon Petroleum’s Galveston Bay refinery in Texas City had the highest average net benzene levels in 2021, according to the analysis of the self-reported data. Roughly 37,000 people live within a three-mile radius of the refinery. Among them, 62% are people of color and 47% are low-income.

“People living near these facilities have greater exposure to lifetime cancer risk than any other part of the state, yet the regulatory agencies responsible for protecting us continue to approve permits for these facilities,” Gutierrez said.

Posted by ajohnstone at 3:44 am