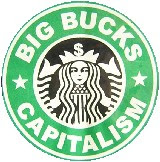 The tally of unionized Starbucks locations is continuing to grow.  The Starbucks Workers United union campaign continues to produce astounding election wins week after week.  260 stores have petitioned for National Labor Relations Board (NLRB) elections: The union has won 77 NLRB elections, (87%) most by overwhelming margins, including in places where union victories are rare, including in Mesa, Arizona; Boone, North Carolina; Jacksonville, Florida; Knoxville, Tennessee; Augusta, Georgia; and Overland Park, Kansas.and has lost only nine elections.

By the union's count, there are now 100 stores across the nation that have unionized, that milestone being achieved after successful votes at two stores in Seattle, the birthplace of Starbucks.

Starbuck workers in Greenville, South Carolina, once known as being “among the most relentlessly anti-union cities in the nation,” by The New York Times, voted eight to one to become the first unionized store in the state. For the past two years, South Carolina has been the least unionized state in the country, and  union density in 2021 was just 1.7 percent. Greenville is even more anti-union than the rest of South Carolina. The metropolitan area has only seven employers with any union workers. Local employers brag about it. “In 2021, the private sector unionization rate for the Greenville area was only 0.3%. The Greenville Metropolitan Statistical Area is the least unionized Metropolitan Statistical Area in the United States…There have been no reported work stoppages reported in the past ten years.”