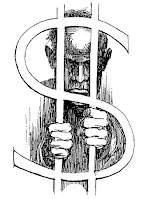 More than 90% of neighborhoods in America’s major cities were unaffordable to the majority of local Black residents at the start of the pandemic, according to a new study by the National Equity Atlas on the worsening housing crisis in urban regions across the US. It compared rents and wages in the 100 most populous American metropolitan regions in 2019 and examined whether the majority of households of different racial groups made enough income to afford median market rents in their neighborhoods.

The findings paint a bleak picture of both severe racial inequality and a growing shortage of affordable housing in cities across the US. The authors found that:

Forty-eight metro areas in the list had no zip codes at all that were affordable to Black residents.

Only 16% of zip codes in the list had rents that were affordable to Latinx households.

The majority of zip codes that were affordable for Black, Latinx and low-income households were classified as “low opportunity” neighborhoods, meaning they have long suffered from disinvestment and lack high-quality schools, clean air, parks, safe streets and good jobs, the researchers said.

“Longstanding patterns of racial segregation are deepening,” said Rasheedah Phillips, co-author of the report and director of housing at PolicyLink, “Low-income Black and brown households are being pushed out of their neighborhoods … and confined to the outskirts of what are otherwise prosperous cities.”

Research in LA has repeatedly found that families are living in overcrowded homes in immigrant and Latinx neighborhoods.

“In California, incomes are not keeping up with rents, and we’re not building housing for people with low-incomes,” said Sarah Treuhaft, PolicyLink’s vice-president of research. Experts expect the crisis will only continue to grow. There are signs that the crisis has escalated since 2019, the authors noted; rents increased at sharp rates in cities across the US in 2021, and estimates show that as of April 2022, nearly 6m households were behind on rent in the US, roughly double the pre-pandemic figure.

Revealed: 93% of districts in major US cities unaffordable to Black residents | Race | The Guardian