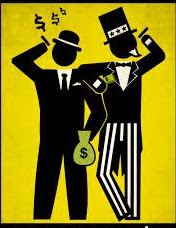 The United States is the world's leading perpetrator of financial secrecy, citing the country's refusal to share key information with the tax authorities of other nations and its status as a generous tax haven for foreign oligarchs, rich executives, and other elites.

TJN stressed that the shell company law enacted in January 2021 is riddled with loopholes such as "limited definitions of which legal entities and beneficial owners must register, 23 baked-in exemptions to registration, and an absence of requirements on all trusts."

TJN researcher Moran Harari explained that "once again, a small club of rich countries setting global rules on finance and tax are found to be the ones most responsible for facilitating financial secrecy and tax abuses."

"For decades, rich G7 countries courted billionaires, oligarchs, and corporate giants with secrecy loopholes and eyes-wide-shut-regulations," said Harari. "The regulations they imposed facilitated the robbing of billions from poorer countries' public purses. And now those same regulations are making it nearly impossible for G7 countries themselves to track down the billions held offshore by sanctioned Russian oligarchs."