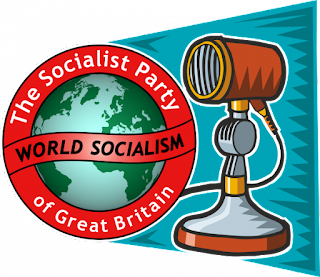 Please contact spgb.discord@worldsocialism.org for instructions on how to participate.

“DID YOU SEE THE NEWS?” 7.30pmGeneral current affairs discussion

Speaker: Nick SampaysBookchin’s basic ideas: Social hierarchy emerged through gerontocracy, priestly class, patriarchy, male hunters and war. Domination of human by human led to domination of nature. Hierarchy preceded capitalism, therefore even in a classless society hierarchy would still remain if not addressed. Political vision – Confederalism: direct democracy through local assemblies, delegates to administrative councils linked together through a network of confederations; bottom-up structure. Has this any relevance or possible utility to the Socialist Party?

HOW SCIENTIFIC IS SOCIALISM?We talk about the socialist case as an evidence-based theory, as distinct from a moral or religious creed, but it can’t be a scientific theory in the strictest definition of the term. To what extent are we entitled to call ourselves scientific?

WHAT IS THE INCENTIVE TO WORK IN A SOCIALIST SOCIETY?

Speaker: Robin CoxWhy do we so often see work as a mere ‘disutility’ requiring ‘compensation’? Can work ever be organised completely on the voluntaristic principle of ‘associated labour’? In what way might we give according to ability, while taking according to our needs, in a socialist society?

Speaker: Mark ZnidericzThat a socialist party should have a minimum programme of ‘immediate demands’ to be achieved within capitalism as well as the ‘maximum’ programme of socialism is alluring. It is seemingly practical, blessed by tradition (Marx, Engels, Kautsky, Luxemburg), an empathetic reaction to need, and offers propaganda opportunities. How we as a party could counteract that allure.

Wednesday 24 FebruaryTHE FAQ WORKSHOP, 7.30pmIVORY TOWER, OR NO MAN’S LAND?The Left commonly accuse us of living in an ivory tower and ‘not engaging in the class struggle’, and even being stuck in a No Man’s Land between two warring classes. What is the justification for this view, and what might we do about it?

Speaker: Kevin CroninThe imminent marking of the anniversary of 100 years of the existence of the United Kingdom of Great Britain and Northern Ireland seems to be passing under the radar. This is strange as under capitalism, most national governments are keen to publicise and celebrate important events in their nation’s historical narrative to legitimise the existence and operation of the state and to reinforce the identity between the state and its citizenry. This talk will explore why this is not the case in this instance and why it may be of interest to socialists.

Posted by ajohnstone at 1:23 am