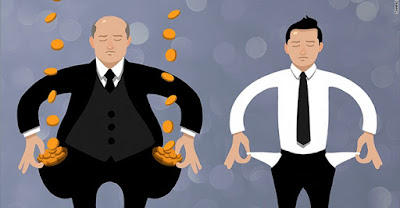 In 2020 nearly 2 million people died from coronavirus , tens of millions more lost their jobs and countless others faced unprecedented disruption to their daily lives.

Yet for a privileged few, it was a very profitable year.

The world’s top 15 hedge fund managers collectively made $23.2bn (£16.9bn) last year. That is the equivalent of more than six Marks & Spencers or more than the gross domestic product of Iceland or Zambia.

The best performing hedge fund manager, Chase Coleman III, the founder of Tiger Global Management (TGM), made $3bn in performance management fees and gains on his personal investment in the fund. Coleman’s personal pay last year was more than the GDP of dozens of countries including Gambia, Bhutan and Eritrea. It is thought to be the biggest single year’s pay for anyone since another hedge fund manager, John Paulson, made $5bn in 2010. Coleman’s $3bn adds to the $4.5bn fortune he had already amassed. He was born into money and got his start in hedge funds at 24 when Julian Robertson, the founder of Tiger Management, gave him $25m seed money to start Tiger Global. Coleman attracted Robertson’s attention as he was good friends with Robertson’s son Spencer, growing up in the wealthy Glen Head community on Long Island. He married Stephanie Ercklentz, the daughter of banker and industrialist Enno Ercklentz who once said she gave up working for a living because it required “too many hours”.

The second-highest paid was Jim Simons, the founder of Renaissance Technologies, who made $2.6bn. Third was Israel Englander of Millennium Management. Also on the list is Bill Ackman, the founder and chief executive of Pershing Square Capital Management. Ackman, who according to the list made $1.3bn.

Luke Hilyard, the executive director of the High Pay Centre thinktank, said: “The research shows the extraordinary riches accruing to a tiny number of individuals for speculative financial activities of dubious value to wider society. “It ought to be completely clear that this is a really terrible way for wealth to be distributed, in the midst of a global pandemic with families losing jobs and homes, businesses going under and public services under immense strain.”

Posted by ajohnstone at 8:36 pm