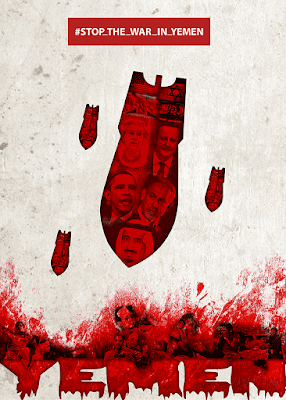 Oxfam has accused the British government of prolonging the war in Yemen by allowing the export of air-to-air refuelling equipment that could be used to help the Saudi air force conduct indiscriminate bombing in the country.

The technology was licensed to Riyadh last summer when arms restrictions were lifted, alongside £1.4bn of other sales, and can be used to help war planes fly longer missions at a time when the conflict is intensifying.

Sam Nadel, head of policy and advocacy at Oxfam, said: “As the US has called for an end to the conflict in Yemen, the UK is heading in the opposite direction, ramping up its support for the brutal Saudi-led war by increasing arms sales and refuelling equipment that facilitate airstrikes.  The UK claims to support peace in Yemen. It can start by immediately ending the sale of all arms that risk being used against civilians and exacerbating the humanitarian crisis,” Nadel added.

Posted by ajohnstone at 7:21 am