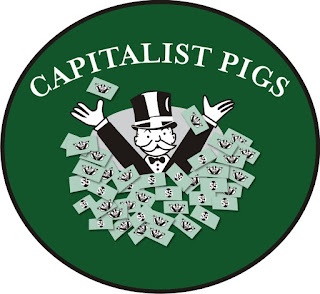 The U.S. is a failed state, one that is negligent of the health needs of millions of people during a deadly pandemic, unable or unwilling to address the basic needs of tens of millions of its working people, and valuing their labor for its role in creating wealth, but not their lives.

Together with another 52 million millionaires, making up the top 1%, they owned 43.3% of all personal wealth.

Meanwhile billions of people who make up the bottom half of humanity have no personal wealth at all with a pitiful share of just 1% of the global wealth, with the bottom 90% holding only 19%.

Furthermore, the share of North America and Europe of this wealth in 2019 was 55%, despite those regions comprising just 17% of the global population. That leaves the ‘poor south,’ where 83% of all people reside, with only 45% of total global wealth.

Between the years 1975 and 2018 an astounding, but still conservatively estimated, $47 trillion shifted upwards from the working people in the bottom 90 percentile to the top 1%.

Considered on a more acute level, the combined income of a household of two full-time workers in 2018 is barely more than what a single worker would have earned had inequalities remained at the 1975 level.

By 2020, this financial strip-mining of the bottom 90% had exceeded $50 trillion, or the equivalent of paying every working person in the bottom 90% an additional $13,728 annually.

In the US, the median male worker had to work 33 weeks in 1985 to pay for healthcare, housing, transportation and family educational expenses and 53 weeks by 2018.

This is organized theft. The U.S. is perhaps the richest society ever in history, yet you wouldn’t know it.  The U.S. has been suffering from “deaths of despair” caused by opioids, alcoholism, depression, and suicides taking the lives of tens of thousands of white middle-aged working people and causing consecutive declines in their life expectancy.

62% of personal bankruptcies have been linked to illness.

40% of the people could not afford $400 in emergency cash, again before the pandemic and the economic depression of 2020.

Half of all workers lived paycheck to paycheck.

The Covid-19 pandemic and capitalist logic combined to further exacerbate inequalities and cause suffering.

Between March and November of 2020 in the U.S. the 650 U.S. billionaires grew their wealth by $1 trillion and now own nearly $4 trillion in total, or 3.5% of the estimated $112 trillion of all privately held household wealth in the U.S.

Therefore, just 650 people, the billionaires, owned twice as much as the bottom 165 million people combined.

And Warren Buffett’s worth reached $88.3 billion, a 30.8% increase during the same period.

The media often talk about the ups and downs of the stock market as if it reflects the general economic conditions of ordinary workers, however:

(2) the top 10% own more than 88% of all corporate equities and mutual fund shares. Such assets comprised about 41% of their overall wealth in the 2nd quarter of 2020.

Consequently, the rise in the stock market during the pandemic – fueled by the Fed injecting trillions of dollars into the financial markets and slashing interest rates – massively benefited the top 10% and helped further widen the wealth gap.

Tax policies have also contributed to the runaway inequality in the U.S. To give just two examples: The recently deceased Casino magnet, Sheldon Adelson, whose net worth was at least $34 billion, received $560 million in tax breaks from the Trump Tax Cuts and Jobs Act of 2017,

Meanwhile, in the other America, in 2020, 8 million people slipped into poverty between May and November when the initial aid to mitigate the pandemic suffering and the effects of business closures ran its course without renewal by the governing class.

A survey of U.S. households released by the US Census Bureau on Dec. 2, 2020 showed that 31% of households had difficulty paying for the usual household expenses; 35.3% worried that an “eviction or foreclosure in the next two months is either very likely or somewhat likely”; 12.7% say “there was either sometimes or often not enough to eat in the last 7 days”; and 31% of adults expected “someone in their household to have a loss in employment income in the next 4 weeks.”

All this in a year in which from mid-March to mid-October more than 84 million claims were filed for unemployment compensation – that’s more than half the civilian labor force – indicating devastating conditions for the working people.

To help visualize this insurmountable loss, consider the following. There were on average 1.7 deaths per minute from Covid-19 in the month of Dec. 2020 alone. The nation’s life expectancy at birth is expected to drop by a year for the first time since WWII from 78.8 to 77.7. Each person who has died from Covid-19 was on average deprived of about 13 years of life amounting to more than 5.65 million years of life lost in total (given the number of deaths as of this writing).

Already more than 3.1 million people have lost a close relative. And these deaths are not evenly distributed, for 1 in 800 blacks have died compared to 1 in 1325 whites.

Biden promises a return to a pre-Trump normality bear in mind that a return to the pre-neoliberal period still poses two serious problems.

(1) Leaving capital with all its powers and resources intact only guarantees that it will find ways to rollback whatever gains we are able to make, as it in fact has done since the late 1970s.

(2) Capitalism’s very existence depends on an endless process of the accumulation of capital.

Posted by ajohnstone at 3:03 am