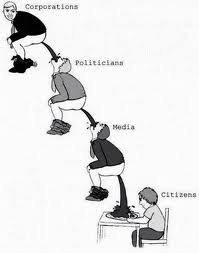 London has overtaken New York as home to the highest concentration of dollar millionaires in the world.

The high cost of housing in London is the main driver for categorising so many households as being wealthy.  London had the most so-called “prime” homes of any city in the world, with more than 68,000 units valued at more than £2m each.

Despite the economic destruction wrought by the pandemic on millions of people with modest incomes, those who were already very rich have been able to increase their fortunes. More than 6,000 people joined the ranks of the ultra-wealthy last year as those in the top 0.1% were able to increase their already-vast fortunes despite the coronavirus pandemic. The number of ultra-high net worth individuals (UHNWIs) – those with assets of more than $30m (£21.3m) – rose by 2.4% last year to 520,000. The UHNWI population is expected to swell by a further 27% to 663,483 by 2025, the report estimates, as huge fortunes are being made in China, Indonesia and India. The number of dollar millionaires is expected to soar by 41% in the same period.

A person living in the UK would need a $1.8m (£1.3m) fortune to join the so-called 1% club of the richest people in the country.

Posted by ajohnstone at 6:30 am