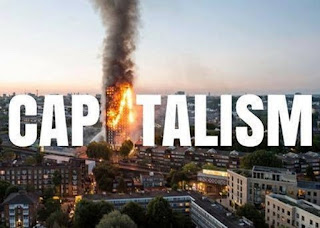 Arconic could have sold a fire-retardant product but she said it saw the UK market as preferring a slightly cheaper version, albeit with a greater fire risk. Arconic managers said the "UK was generally a 'PE market'" - PE referring to polyethylene, which is used as the core material of the panel and is highly flammable. A type of product called Reynobond PE panels were 4 to 5 euros cheaper per square metre than the fire-retardant version.  The cladding had not passed the relevant British laboratory test, and had failed several of the European tests on which the certificate was based.

Ms French said it was "very, very, very rare" for customers to ask about fire safety. Ms French insisted throughout her evidence that she was not a technical expert and passed detailed questions on to a technical manager, Claude Wehrle, based in France.

Mr Wehrle is one of three potential witnesses to the inquiry who have refused to give evidence on legal advice that, if they did so, they could incriminate themselves under a law in France. The inquiry was also told that Arconic refused to disclose documents to the inquiry and only did so following a criminal European Investigation Order requested by the Metropolitan Police.