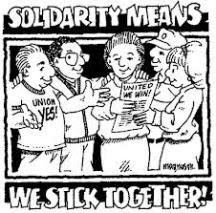 Hundreds of workers at NHS hospitals in London including porters, cleaners and catering staff are to go on strike from Monday in a dispute over pay.

The staff employed by the outsourcing company Serco at St Bartholomew’s, the Royal London and Whipps Cross are walking out for two weeks.

They are members of the Unite union, which claims that mainly black, Asian and ethnic minority staff are paid up to 15% less than directly employed NHS workers.Sharon Graham, Unite’s general secretary, said: “The NHS workers taking strike action have their union’s unwavering support. They face the same risks as NHS-employed staff. Why on earth are they being paid significantly worse while being treated disgracefully? “It’s time to end this injustice. It’s time to bring these workers, employed by Serco not the NHS, back into NHS employment.”

Peter Kavanagh, a regional secretary for Unite, said: “Our members have worked tirelessly through the pandemic, they deserve better. Serco and Barts need to deliver a pay increase that addresses the poor pay and the inequality of treatment compared to directly employed NHS staff at other hospitals in London.”

About 400 Unite members employed by Menzies Aviation will begin their walkout at 00.01am on 11 February, resuming work on 14 February. Unite says the company is refusing to enter into negotiations about a pay rise after firing and rehiring hundreds of workers during the pandemic.