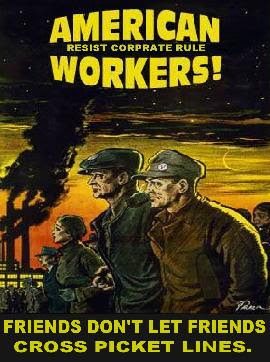 1,100 coal miners in Alabama are still on strike after more than 10 months making it the longest in Alabama’s history.

Workers started the unfair labor practice strike over claims of bad faith bargaining by Warrior Met Coal over a new union contract. In the previous contract settled in 2016, miners accepted several concessions, including a $6-an-hour pay cut and reductions in health insurance and other benefits as the mines switched employers in the wake of a bankruptcy. Since Warrior Met Coal took over the mines, the company has reported billions of dollars in revenue. A tentative agreement was reached in the first week of the strike, but overwhelmingly rejected by workers, and a new agreement has yet to be reached.

Over the past 10 months, they have held rallies and extended protests to the Alabama state capitol to criticize the use of public resources for state troopers escorting strikebreaking replacement workers to the mines throughout the strike. Miners have also held rallies in New York City outside the offices of BlackRock Investment Group, the largest shareholder of Warrior Met Coal.

“What they’ve said openly in negotiations is that they’re just going to starve us out. They’ve said … and this on record, that ‘we have the money to pay what you’re asking, we do not have the desire to.’ That’s the kind of company these guys have been working for,” said Haeden Wright, president of the United Mine Workers of America auxiliary for two of the striking locals and the wife of a striking miner. “Though the journey, most of us are still holding out and trying to hold on, but it is hard... For it to last this long and to have state troopers and to watch your tax dollars escort scabs into your job, that’s a hard pill to swallow,” added Wright. “That’s hard to watch and not be able to do anything about.”

The unions’ auxiliary has focused on receiving and distributing weekly groceries to miners and their families throughout the strike and assisting families with needs such as bills. It recently organized a Christmas gift drive for miners’ families to ensure their children were taken care of over the holidays.

Warrior Met Coal has filed several court injunctions throughout the strike to severely limit or prevent striking miners from picketing outside the mines. Several union members and supporters have reported incidents where vehicles have hit or nearly missed individuals on the picket lines. The injunctions have been characterized as a rare move, an attempt by Warrior Met Coal to circumvent the NLRB and instead seek rulings from favorable local courts.

Posted by ajohnstone at 1:58 pm