Many other groups and organisations are commemorating the 50th anniversary of Bloody Sunday.

The blog re-publishes the Socialist Standard's editorial of the event.

On Sunday 30 January thirteen men were shot dead in Derry as the British Army moved in to halt a march held in defiance of the Stormont government’s ban. The immediate result was an upsurge of Irish nationalism, both in the South and amongst the Catholic minority in the North.

The thirteen Derry dead has completed the alienation of the Catholic population of Northern Ireland from the regime there. After fifty years of passively accepting the role of what its first Prime Minister called “a Protestant parliament for Protestant people”, they are now actively rejecting its authority—to the extent of regarding the IRA as a useful counter to the British Army which is virtually occupying their ghettos in Belfast and Derry as well as whole towns such as Newry and Strabane where they form the overwhelming majority of the population.

The Unionist government at Stormont, and the British government at Westminster, see this as an armed insurrection against the will of the Northern Ireland majority, and to a certain extent it is. But it is well to remember that it was the political predecessors of Faulkner and Co. who in 1914 introduced the gun into Northern Irish politics when they armed themselves to resist the will of the British parliament that Ireland should be given Home Rule. The capitalists in and around Belfast did not want to be cut off from the markets of the British Empire behind the tariff walls of an industrially-backward Ireland. So, from the 1880’s onward, they created a mass political following by stirring up the traditional anti-Catholic fears and prejudices of their Protestant workmen. The strategy worked. When in 1921 an Irish Free State was set up, the six counties of North East Ireland were excluded. The one-third Catholic minority in this area was by gerrymandering and intimidation excluded from playing any effective role in politics there. They were just awkward outsiders which the Unionist government, relying on the support of the Protestant majority, felt it could easily handle. As indeed it did until 1968, despite the occasional IRA “campaign” which fizzled out through lack of popular support. In October of that year part of the official armed forces of the Stormont regime—the notorious B specials—brutally suppressed another march, once again in Derry. From then on the Stormont government lost control and the British Army had to be called in to maintain “law and order”, i.e., to get the Catholic population to once again passively accept Stormont and British rule.

The British government extracted a price from Stormont for this support: gerrymandering and intimidation was to stop; the Catholics in Northern Ireland were to be treated in the same way as they would if they lived in England. Since, with the coming of Common Market capitalism, the original economic reason for Partition had gone the political representatives of the Belfast capitalists were prepared to accept this (even if many of the Protestant workers they had duped in the past were not).

One of the unfortunate side-effects of the Northern Ireland situation is that the term “socialist” has become associated with pro-Catholic politics. Protestant and Catholic alike expect someone who calls himself a socialist to back the IRA or at least support a United Ireland. Well, we support neither. We know that “independence” for Ireland in 1921 was just a change of masters which left the basic position, and problems, of the Irish worker unchanged. We know that Irish nationalism and republicanism was the ideology of the up-and-coming capitalists in the South who, being weaker than their counterparts in Belfast, wanted Home Rule and tariffs as a protection against British competition.

The tragedy of Northern Ireland is that the present political division of the working class there reflects yesterday’s divisions amongst the Irish capitalist class, divisions which now have no relevance even for capitalism since both Britain and Ireland are about to join the Common Market and since the same international companies have investments both sides of the Border.

Our advice to the worker in Northern Ireland is, first: Do not do anything, in word or deed, which might encourage further killings of your working-class brothers, whether Protestant or Catholic or, for that matter, British soldiers. And, secondly: Think carefully about the situation to see if the issue of a United Ireland versus a British Ulster is worth a single drop of working-class blood.

The British government’s declared aim is that Northern Ireland should become a part of Britain like Scotland or the West Country so that being a Catholic would not affect your job or house prospects. The IRA, and now Bernadette Devlin, the Social Democratic and Labour Party and others, stand (despite their socialist pretensions) for a United Ireland, in which the Protestant worker would retain the “civil and religious liberties” he now has (i.e., freedom from the interference of the Catholic Church in what he reads, or thinks, or does).

Would the working class be worse or better off under one or the other? Would there be anything to choose between the two “solutions”? Surely, in both a British Ulster or a United Ireland, the workers’ standard of living would be much the same. So would the slums, the unemployment and the other problems of capitalist society. And world Socialism would remain the only solution to these problems. The only difference would be the colour of the flag that would fly over the government buildings in Belfast: Union Jack or Irish Tricolour? Is this an issue worth killing and being killed over? No, Socialists reply, a thousand times No! 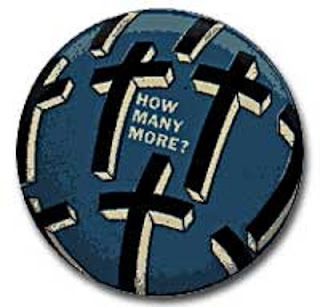