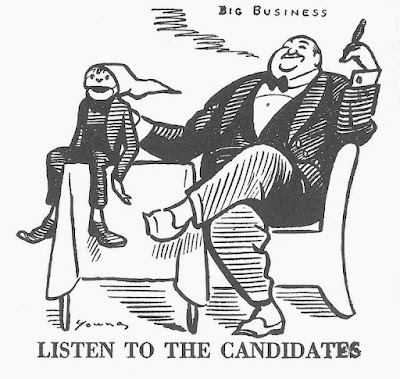 Americans for Tax Fairness on Friday published a report showing that U.S. billionaires donated a staggering $1.2 billion into the 2020 elections.

ATF's analysis, the distribution of billionaire cash between Republican and Democratic candidates was pretty evenly split in 2020, with 55% of the total going to GOP campaigns.

Nearly a third of the billionaire campaign funding in 2020 came from the mega-rich couple Sheldon and Miriam Adelson—former President Donald Trump's top donors—and former New York City Mayor Michael Bloomberg, who doled out $152.5 million during the 2020 election cycle, not including the $1.1 billion he spent on his own short-lived White House bid.

And the reason billionaires have so much cash to give to political campaigns, Clemente stressed, is that they've been able to accumulate vast fortunes without any real threat of higher taxes.

ATF argued that such campaign donations "are a profitable investment: they buy access to politicians and influence over tax and other policies that can save tycoons billions of dollars."

"While that $1.2 billion 'investment' in 2020 was massive, it totalled less than 0.1% of billionaire wealth (and less than one day's worth of their pandemic wealth growth), leaving almost unlimited room for future growth in billionaire campaign spending," the group warned.

'Time for Citizens United to Go': US Oligarchs Poured $1.2 Billion Into 2020 Elections (commondreams.org)

Posted by ajohnstone at 3:49 pm