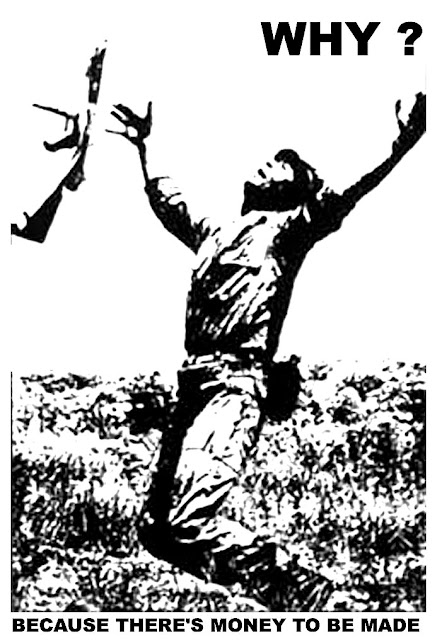 Much is unclear about the situation in and around Ukraine. Does Putin really intend to invade all or part of Ukraine? Or is the buildup of Russian troops along Ukraine’s eastern and northern border, in Belarus as well as southern Russia, merely a means to exert pressure, demonstrate resolve, and win a few concessions from the West? Is the confrontation mainly about the fate of the separatist ‘republics’ in eastern Ukraine? Why does Russia place so much emphasis on preventing the admission of Ukraine to NATO, given how unlikely it is that this will happen any time in the foreseeable future?

Ukraine has been in the grip of civil war for several years now – ever since the coups of 2014 — the Ukrainian-nationalist coup in Kiev and the west and the counter-coup in the Russian-speaking east. The covert involvement of Russia on the eastern side is also nothing new. The question is whether its involvement is about to become much deeper and more overt.

The separation between western and eastern Ukraine goes back to the 19th century, when Ukraine was split between the Austro-Hungarian and tsarist empires. Eastern Ukraine, where the country’s industry is concentrated, is mainly Russian-speaking and depends on economic ties with Russia, while western Ukraine is oriented toward Europe. Yanukovych, who was president in 2010—2014, tried to hold Ukraine together by developing closer economic relations both with the EU and with Russia, but the EU insisted that he choose – he could not do both. As a representative of east Ukrainian capital and its Party of Regions, he could not afford to break ties with Russia. This placed him at loggerheads with west Ukrainians, who aspired to a future in an idealized ‘Europe,’ and in 2014 he was overthrown.

The ‘Maidan’ or ‘Euro-Maidan’ – the movement that overthrew Yanukovych – began with peaceful mass protests against corruption, but developed into a violent struggle between riot police and extreme Ukrainian nationalists. The regime that emerged, with the support and guidance of Western politicians and propagandists, was semi-fascist in spirit despite a thin democratic veneer.[1] Its hostility to ethnic Russians and citizens of mixed ethnic identity and a massacre of Russian-speaking activists in Odessa struck terror in the hearts of easterners, who responded with the ‘anti-Maidan’ – an uprising against the uprising.

The anti-Maidan also began with peaceful demonstrations and even shared certain themes with the Maidan – notably, a concern with corruption. But it too was taken over by militaristic nationalists – Russian nationalists in this case. The process went furthest in the two easternmost provinces, which recast themselves as the Donetsk People’s Republic (DPR) and Lugansk People’s Republic (LPR), supported and manipulated by the Russian government and Russian nationalist organizations.

The new Ukrainian government has been conducting an ‘anti-terrorist operation’ to crush the DPR and LPR and reincorporate their territory. The civil war has dragged on spasmodically, without decisive results. Two million people have fled the war zone and are now refugees.

Background: Russia and its ‘near abroad’

A key security requirement for Soviet leaders was that the USSR be surrounded by a belt of states that were either allies or at least ‘friendly neutrals’ (like postwar Finland). ‘Friendship’ entailed willingness to develop economic and cultural ties, consult regularly with the Kremlin, and refrain from offensive propaganda campaigns. This attitude was inherited by leaders of post-Soviet Russia, except that now the belt of friendly neighbors had to consist mainly of other post-Soviet states. Due to their shared Soviet and tsarist heritage, these states are felt to be less ‘foreign’ than countries beyond the old borders. The two zones came to be referred to as ‘the near abroad’ and ‘the far abroad.’

It is no longer regarded as essential that all former Soviet republics belong to this ‘friendly neighborhood.’ It is now accepted as a fact of life that the Baltic states are going to remain ‘unfriendly.’ However, such tolerance does not extend to the three large inner states of Belarus, Kazakhstan, and Ukraine. Belarus and Kazakhstan remain ‘friendly’ but since 2014 Ukraine has not behaved in a ‘friendly’ manner.

This has an immediate impact on Moscow’s approach to border issues. When the Soviet Union broke up in 1991, the internal administrative borders between its ‘union republics’ suddenly turned into interstate borders, even though they did not at all closely reflect the pattern of ethnic settlement. The international community nonetheless soon began to treat them as no less inviolable than any other interstate borders.

The Kremlin too accepted these borders – but not unconditionally. Borders with ‘friendly’ neighbors were accepted, however anomalous they might seem, because border issues were not felt to be important enough to justify spoiling good relations by raising them. Thus, Russia has never objected to the inclusion in Kazakhstan of large areas in the north and east with predominantly Russian-speaking populations, and has lent no support to attempts at secession by Russian nationalists in those areas. Nor did the Kremlin contest Russia’s border with Ukraine until 2014, when the overthrow of Yanukovych was quickly followed by its annexation of Crimea, thereby reversing Khrushchev’s much-resented transfer of the peninsula from Soviet Russia to Soviet Ukraine. In the eyes of the Kremlin the anti-Russian stance of the new government in Kiev also legitimized support of the secessionist ‘people’s republics’ in eastern Ukraine, perhaps to be followed by their recognition as independent states and subsequent incorporation into Russia.

Thanks in large part to Western arms supplies to Kiev, the Ukrainian forces may now be strong enough to break the stalemate and penetrate the core areas of the DPR and LPR. While the People’s Republics do not have much genuine popular support, residents fear what may happen to them in the event of Ukrainian military occupation, especially as the forces facing them contain Nazi formations like the Azov Battalion. Russian commentators too envision a scenario like the massacre of Moslems that occurred at Srebrenica during the Bosnian war – in which case, they say, Russia would be obliged to intervene in defense of its ‘compatriots.’

Russian forces are now drawn up along the eastern border of the DPR and LPR, which Kiev as well as the international community, not recognizing the People’s Republics, regard as the eastern border of Ukraine. Ukrainian forces are drawn up along the western border of the DPR and LPR. The core areas of the People’s Republics therefore constitute a fragile buffer zone between the main Russian and Ukrainian forces, although some Russian armed personnel already have a covert presence there.

Moscow’s position is that it will not be the first to violate the status quo. However, a Ukrainian offensive against the DPR and LPR will be regarded as a violation of the status quo and Russia will respond forcefully to such a ‘provocation.’ Kiev takes the view that it has a perfect right to move against secessionists on its own territory. Each side will therefore be able to blame war on the other.

If open hostilities break out, will they be confined to Donetsk and Lugansk provinces? The concentration of Russian forces in southern Belarus, close to the border with Ukraine and a mere 120 kilometers from the Ukrainian capital, suggests contingency planning for a blitzkrieg against Kiev with a view to installing a ‘friendly’ government. The Kremlin’s options are constrained by the fact that the currently very high level of mobilization of its forces cannot be sustained for very long: they will either have to be set in motion fairly soon or else demobilized.

Keeping Ukraine out of NATO

An important Russian goal, perhaps the most important, is to prevent Ukraine’s admission to NATO. In this regard, a precedent or even template for Russia’s intervention in Ukraine may be its 2008 war in Georgia, designed to avert that country’s admission to NATO. Insofar as Georgia has still not joined NATO, that war – together with Russia’s subsequent recognition of Abkhazia and South Ossetia as independent states — may have achieved its purpose, although of course Georgia may have remained outside NATO even in the absence of Russian intervention.

The alarm of Russia’s power elite at the prospect of Ukraine joining NATO arises out of the security requirement of a ‘friendly neighborhood’ that is so deeply rooted in their psyche. In reality, it is not so easy to join NATO. A new member can be admitted only by consensus of all existing members. Moreover, according to the rules of the organization:

States which have ethnic disputes or external territorial disputes … or internal jurisdictional disputes must settle those disputes by peaceful means in accordance with OSCE principles. Resolution of such disputes would be a factor in determining whether to invite a state to join the Alliance (Study on NATO Enlargement, Chapter 1, point A6: https://www.nato.int/cps/en/natohq/official_texts_24733.htm).

Surely Russia could block Ukraine joining NATO by means of a twofold strategy. On the one hand, it could perpetuate the civil war in eastern Ukraine but keep it at a low level, avoiding its resolution by either military or diplomatic means, so that it will continue to hinder Ukraine’s admission to NATO. On the other hand, quiet diplomacy could strengthen the doubts that some European members of NATO already entertain concerning the expediency of admitting Ukraine, thereby ensuring that Ukraine – like Georgia — will remain outside NATO for the foreseeable future.

Rescuing the people of eastern Ukraine?

It may appear that the entire population of Russia and Ukraine is in the grip of nationalist hysteria. However, many people have shown themselves immune to official propaganda. During the civil war in eastern Ukraine, for example, whole communities in parts of Ukraine resisted the draft, unwilling to sacrifice their sons in a cause of no concern to them. Such immunity is especially characteristic of people with mixed ethnic identities, such as Ukrainians long resident in Russia and children of Russian-Ukrainian marriages. Most people in eastern Ukraine see no contradiction in identifying simultaneously as Russians and Ukrainians (in many places they speak a mixture of the two languages called Surzhyk). When interviewed, residents of the war zone are inclined to blame both the Ukrainian and the Russian government.

What will happen to these people in the event of a Russian offensive in their region? In the densely populated Donbas ‘collateral damage’ would be immense, even in the unlikely event that civilian infrastructure is not targeted. Although the Kremlin will justify its military campaign as necessary to rescue them from the menace of Ukrainian fascism, they will actually be further endangered by stigmatization as collaborators of the Russian aggressors.

Socialists need feel no great temptation to take sides should a Russian-Ukrainian war break out. In both Russia and Ukraine wealth is concentrated in the hands of wealthy capitalists known as ‘oligarchs’ who own the mass media and control political parties. (One difference is that Russia under Putin, unlike Ukraine, has acquired a state strong enough to limit the rivalry and political power of the oligarchs.) Corruption remains rampant in both countries, despite the best efforts of Maidan and anti-Maidan activists. Human and democratic rights exist on paper, but just try to exercise them and you will find yourself at the mercy of nationalist vigilantes and paranoid security agencies. Fascist groups are actively engaged on both sides. The anti-nationalist Left is weakened by the depth of ethnic and religious divisions and the continued association of ‘socialism’ and ‘communism’ with the Soviet past.

As always, we call upon our fellow workers in Russia and Ukraine to reflect. Where do their true interests lie? Are the matters at stake really worth the fratricidal bloodbath that awaits them on the road ahead?

[1] For a fuller analysis see my: ‘Ukraine: popular uprising or fascist coup?’