A Word from the Wise 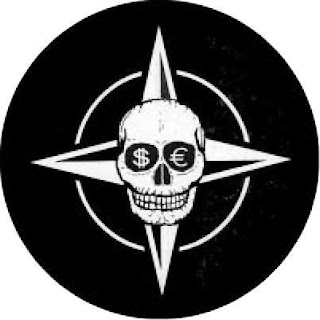 As NATO and Russia face one another over a possible Ukrainian war, both sides are currently engaged in using their respective media to sway public opinion, the SOYMB blog has been reminded of what a great author once wrote:

“There has never been a just war, never an honorable one--on the part of the instigator of the war. I can see a million years ahead, and this rule will never change in so many as half a dozen instances. The loud little handful--as usual--will shout for the war. The pulpit will--warily and cautiously--object--at first; the great, big, dull bulk of the nation will rub its sleepy eyes and try to make out why there should be a war, and will say, earnestly and indignantly, 'It is unjust and dishonorable, and there is no necessity for it.' Then the handful will shout louder.

A few fair men on the other side will argue and reason against the war with speech and pen, and at first will have a hearing and be applauded; but it will not last long; those others will outshout them, and presently the anti-war audiences will thin out and lose popularity. Before long you will see this curious thing: the speakers stoned from the platform, and free speech strangled by hordes of furious men who in their secret hearts are still at one with those stoned speakers--as earlier--but do not dare say so. And now the whole nation--pulpit and all--will take up the war-cry, and shout itself hoarse, and mob any honest man who ventures to open his mouth; and presently such mouths will cease to open.

Next the statesmen will invent cheap lies, putting the blame upon the nation that is attacked, and every man will be glad of those conscience-soothing falsities, and will diligently study them, and refuse to examine any refutations of them; and thus he will by and by convince himself the war is just, and will thank God for the better sleep he enjoys after this process of grotesque self-deception.”

― Mark Twain, The Mysterious Stranger and Other Stories
Posted by ajohnstone at 2:38 pm