Only Words Not Deeds 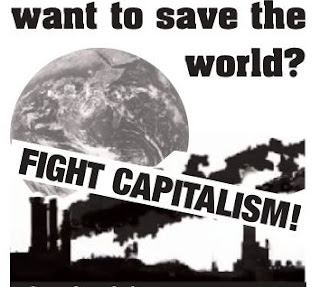 The Climate Change Committee published two progress reports showing the UK lagging behind on its key goal of 78% cuts to greenhouse gases by 2035 and making recommendations on how to get back on track.

Lord Deben, the committee chairman, said: “The targets are remarkable and have set a major example to the world. But the policy is just not there. It’s very clear we need to step up very rapidly.” Deben warned that if the UK did not have its own clear roadmap and policies, other countries would not come forward with credible plans. “People are going to judge us by whether we link promises with policy and a programme to deliver. If all we do is promise, other people will not take us seriously … it puts the whole process of Cop26 into jeopardy,” he said.

Greenhouse gas emissions fell last year, but because of the impacts of the pandemic rather than policy.

Chris Stark, the chief executive of the CCC, said: “The fall in emissions is a real whopper. But progress is illusory. Government strategy on cutting emissions has been late and what has come has almost all been too little.”

The committee found that while emissions from energy generation had fallen sharply in recent years, those from other key sectors – transport, buildings, industry and agriculture – were not coming down in line with the targets.

The government has been criticised for a series of actions and proposals that campaigners have said run contrary to ministers’ green claims and damage the UK’s reputation ahead of Cop26. These include: the initial go-ahead for a mooted new coalmine in Cumbria, now subject to a public inquiry; new licences for oil and gas exploration in the North Sea; a £27bn road-building plan; slashing incentives for electric cars; airport expansion; cutting air passenger duty on domestic flights; scrapping the green homes grant insulation programme; and cutting overseas aid.

Climate campaigners also said the government’s actions were at odds with its words.

Mike Childs, the head of policy at Friends of the Earth, said: “With no climate action plan and his government’s support for more roads, runways, and an overseas gas mega-project, Boris Johnson risks being a laughing stock at the UN climate summit he is hosting in Glasgow later this year. The chancellor’s role in delivering net zero is crucial – unfortunately, this year’s budget did little to demonstrate the Treasury’s enthusiasm for building back greener.”

Chris Venables, the head of politics at Green Alliance, a thinktank, said: “It’s becoming clearer than ever that there’s an embarrassing lack of progress at home from the UK government in this crucial year for tackling climate change..."