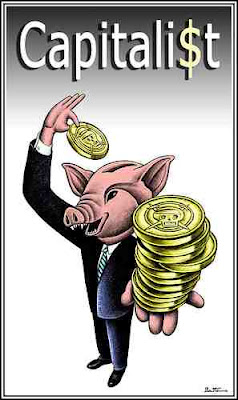 Peter Thiel, one of the founders of PayPal, has used a retirement account designed to help ordinary Americans save for their golden years to amass a $5bn tax-free nest-egg.

Thiel, a right-wing libertarian and vocal opponent of higher taxes, is one of a number of ultra-rich Americans to use a Roth individual retirement account (IRA) to amass a tax-free fortune. Roth IRAs were established in 1997 to encourage middle-class Americans to save, tax-free, for retirement. In 2018 the average Roth IRA held $39,108. The proceeds of a Roth IRA are tax-free as long as they are not withdrawn before the account holder reaches 59.5 years old.

Thiel, 53, placed 1.7m shares of then-private PayPal into a Roth IRA in 1999. At the time annual contributions to the plans were capped at $2,000. The shares were valued at just $0.001 per share. Within a year, the value of Thiel’s Roth increased from $1,664 to $3.8m. Thiel then used his Roth to make highly lucrative investments in Facebook and Palantir Technologies, according to tax records and other documents obtained by ProPublica. By 2019, Thiel’s Roth held $5bn “spread across 96 subaccounts”.

Thiel is not the only super-wealthy investor to have amassed a fortune in a Roth IRA. Warren Buffett had $20.2m in a Roth IRA at the end of 2018. Ted Weschler, an investment manager at Buffett’s Berkshire Hathaway, had $264.4m in his Roth in 2018 and hedge fund manager Randall Smith of Alden Global Capital had $252.6m in his. Robert Mercer, former Renaissance Technologies hedge fund manager and one of Donald Trump’s richest backers, had $31.5m in his Roth, ProPublica reported.

The latest revelations come after ProPublica revealed that the 25 richest Americans paid a “true tax rate” of just 3.4% between 2014 and 2018 despite their collective net worth rising by more than $400bn in the same period. Using legal strategies billionaires including Buffett, Jeff Bezos and Elon Musk paid $13.6bn in federal income taxes in those five years, ProPublica’s data shows – equivalent to a true tax rate of only 3.4%. Over the same period, the median American household paid 14% in federal taxes.