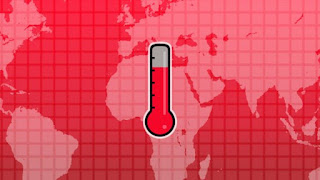 June 17 is the UN-designated day related to turning degraded land into healthy.

In many countries, a drought will bring hunger and the need for migration to working people, but when the Western states of the USA suffer a serious drought, its inhabitants need to be told that there is a water shortage.

“Not everybody in California understands how bad this drought is…and how bad it could be,” said State Water Resources Water Control Board Chairwoman Felicia Marcus when the report was first released.  “There are communities in danger of running out of water all over the state.”

“This is a real emergency that requires a real emergency response,” argues Jay Famiglietti, a senior water scientist at the NASA Jet Propulsion Laboratory. “If Southern California does not step up and conserve its water, and if the drought continues on its epic course, there is nothing more that our water managers can do for us. Water availability in Southern California would be drastically reduced. With those reductions, we should expect skyrocketing water, food and energy prices, as well as the demise of agriculture.”

Groundwater, which is being treated as an endless and bountiful resource, maybe making up for recent water loss, but for how long remains to be seen.  Without significant rainfall, groundwater will not be replenished.

A study by University of California researchers that reported that the state has issued far more water rights than there is water to supply them.

In Oregon, federal authorities announced that there would be no further release of water from the reserves in the Klamath Basin for irrigation schemes downstream. Protesters affiliated with right-wing People’s Rights Network are threatening to unilaterally opening the sluice gates of a reservoir.

The protesters claim to represent the interests of farmers, they have been disavowed by agricultural leaders, including Ben DuVal, president of the Klamath Water Users Association, said the protesters were “idiots who have no business being here”, who were using the crisis as “a soapbox to push their agenda”.

Posted by ajohnstone at 3:41 am