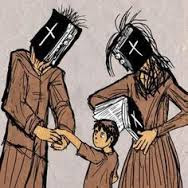 Tennessee's Constitution includes a provision that bars three groups from holding office: atheists, ministers and those engaging in duels. Efforts are underway in the state legislature to remove this exclusion for ministers, but not for duelists – nor atheists.

In January 2021, Republican Tennessee State Senator Mark Pody proposed Senate Joint Resolution 55 to amend Article IX of the Constitution of Tennessee to rid it of a clause that states “no minister of the Gospel, or priest of any denomination whatever, shall be eligible to a seat in either House of the Legislature." No mention is made in Pody's resolution about Section 2 of the same article: “No person who denies the being of God … shall hold any office in the civil department of this state."

Politicians show little interest in removing the bans on atheists that exist in state constitutions.  The belief in God rule implies good and moral citizenship.

Americans embrace national slogans such as “In God We Trust" and “one nation, under God." A 2015 survey found that 69% of respondents thought it was important to believe in God to be “truly American."  Polling shows 4% of Americans identify as atheists, and about 23% identify more broadly as nonreligious. While identifying as “nonreligious" does not necessarily mean not believing in God, research suggests that as many as 1 in 4 Americans is atheist, but that most are unwilling to reveal this, even in anonymous polls.

Atheists have long been framed as un-American. When Democratic Representative Louis Rabaut proposed adding “under God" to the Pledge of Allegiance in 1954, he argued that an “atheistic American" is a “contradiction in terms."

When Bernie Sanders was running for president in 2016, leaked emails from Democratic National Committee leaders revealed a plot to try to out him as an atheist to negatively influence perceptions of him. Only 60% of Americans would be willing to contemplate voting for an atheist president.

In a 2021 survey of Congress' religious identity, only one person, Senator Kyrsten Sinema, identified as “religiously unaffiliated." Eighteen members replied “don't know" or refused to answer the question. As such, there are likely more atheists in Congress – they're just not open about their beliefs. In fact, in 2014, the American Humanist Association claimed that 24 members of Congress privately stated they did not believe in God but would deny it if outed.

This anti-atheism extends beyond politics. Atheists face discrimination in the workplace and hiring practices. Parents who are religious often have an advantage in custody cases. Even though atheists are no more likely to commit crimes than theists, stereotypes surrounding atheist criminality and untrustworthiness persist. In court, atheist rape victims are less likely

Atheists are 'not to be tolerated': 7 states still have bans on non-believers holding office - Alternet.org