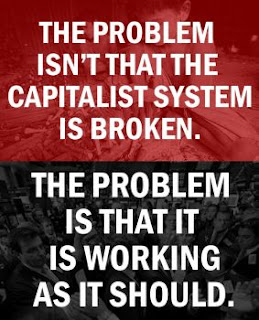 As many businesses across the country struggle to stay afloat amid rolling pandemic lockdowns, many of America’s largest corporations are doing just fine. Better than fine, in fact: it emerged this week that Walmart’s profits surged during the third quarter of 2020, exceeding $5 billion with McDonalds’s profits jumping almost 5 percent to just under $2 billion. The pandemic has proven especially lucrative for big retailers, the largest fifteen (including Walmart) collectively making $60.8 billion in profits in 2020 so far — an increase of $14.6 billion from last year.

Walmart and McDonald’s, perhaps unsurprisingly, earned the singular distinction of being the two leading companies with workers forced to turn to Medicaid and SNAP — the former ranking among the top four employers of SNAP and Medicaid beneficiaries in every state.

. In some areas of the country, workers at Walmart and McDonald’s alone account for non-negligible percentages of those receiving aid from the two federal programs. Georgia, for example, had 136,130 working age recipients of SNAP in February (excluding the self-employed) with nearly six thousand, or 4.4 percent, employed at either McDonald’s or Walmart.

70 percent of the 21 million workers receiving Medicaid or SNAP (twelve and nine million respectively) work full-time schedules of thirty-five hours a week or more. Unsurprisingly, the vast majority are employed in service jobs at businesses such as restaurants, grocery stores, and big retailers.  A 2015 study by Berkeley’s Center for Labor Research and Education found that nearly three-quarters of those assisted by programs designed to aid the poor belong to families with at least one member who is working.  As the study noted, the real hourly wages of the median American worker were a mere 5 percent higher in 2013 than they were in 1979, with wages for the lowest paid decile of workers 5 percent lower. “Inflation-adjusted wage growth from 2003 to 2013,” its authors went on to observe, “was either flat or negative for the entire bottom 70 percent of the wage distribution.”

Millions of those employed at some of the nation’s largest and most profitable companies are paid less than what’s needed to afford the necessities of life, let alone dignity or comfort. A bargain basement economy so exploitative that CEOs make millions while literally relying on government subsidies to stop workers from starving or dying? The roulette wheel of American capitalism could hardly look any more rigged if it tried.

The Class War at Walmart (jacobinmag.com)