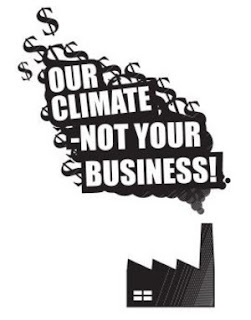 The annual emissions gap report assesses the gap between what countries committed to doing under the Paris Agreement and what they need to do to keep temperatures in check.

Despite recent pledges from major polluters to cut their emissions, the report describes concrete commitments as "woefully inadequate."

World leaders could use the coronavirus pandemic to shave 25% off their greenhouse gas emissions with green recovery packages.  But they have so far continued to make choices that push them further away from targets they agreed upon five years ago to protect the climate and their citizens. By burning fossil fuels and chopping down rainforests, countries are on track to heat the world by 3.2 degrees Celsius this century, despite committing to keep it well under 2C. By emitting more CO2 with each passing year, world leaders are locking in deeper cuts to emissions in the future.

By investing in green jobs and infrastructure and choosing climate-friendly policies, world leaders could lower emissions by a quarter of what they would otherwise be by 2030. But most rich countries are instead supporting a "high-carbon status quo" with some putting money into new fossil fuel projects.

"There's been a perception that, because we've been stuck at home and not able to travel, we were doing great and moving in the right direction," said Martina Caretta, assistant professor of geography at West Virginia University in the US and IPCC author, who was not involved in the report. "But the truth that comes out is that this is just like a blip."

While the pandemic has tightened the carbon tap, slowing the flow of pollutants temporarily, it did not stop it.

"Are we on track to bridging the gap?" the authors of the UN report ask and their answer is, "Absolutely not."

Stopping climate change through personal choices or government policies is often "presented as a trade-off between two choices," the authors write. "However, system change and behavior change are two sides of the same coin."