More than 700 garment workers had been peacefully staging outside the Dhaka Press Club calling for their unpaid wages as they faced mounting destitution and hunger. All had been working for A-One Ltd, a huge factory in Dhaka, Bangladesh, that produced clothing destined for the rails of high street brands in Europe and the US. As the pandemic hit, the factory closed after foreign buyers pulled their business from the factory and thousands of workers lost their jobs. The workers were demanding they be paid months of outstanding wages and pension contributions, without which they say they will be unable to feed their children.

At 4.30am the police charged their camp.

“We were just protesting peacefully against the grave injustice we are facing. We didn’t block roads, we didn’t chant slogans or create chaos” says Ashraf Ali, a former worker at A-One BD Ltd and one of the leaders of the protest. “Yet on Tuesday night a lot of police came with a water cannon truck and baton charged us as we slept. We were shocked by how sudden it was. Around 30 workers were beaten by police. We didn’t deserve this.”

Another worker, Salma, explains, “Our factory closed during lockdown and when we came back they told us there was no new order at the moment and sent us home,” she says. “We went back and demanded payment for our previous work. But they closed the factory gate. We couldn’t go in. We haven’t been paid what we are owed since. Since then we have been protesting for our wages multiple times. We were beaten by the factory-backed goons, water cannoned by the police, been promised 19 different dates to settle what we are owed. But nothing materialised.”

Tahmina Azad also joined the protest. She is the sole breadwinner for her family of six and is surviving on the charity of her neighbours. She hasn’t been able to pay her rent for the past 10 months and has racked up huge credit lines at all her local grocery stores.

Workers say they will continue to protest until they receive their salaries. “We have to continue with our demands,” says Ali. “We’re planning more protests locally. We don’t see any other ways to get the attention of the authority to get a solution.”

'I thought about killing my children': the desperate Bangladesh garment workers fighting for pay | Garment workers | The Guardian 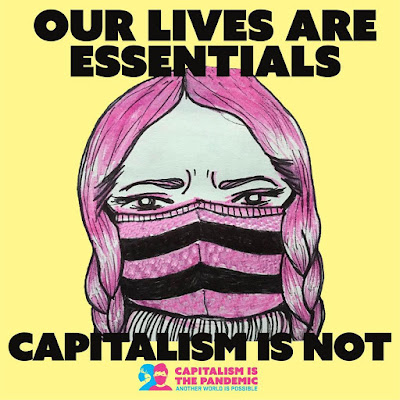