Now is Time for Fridays for Socialism 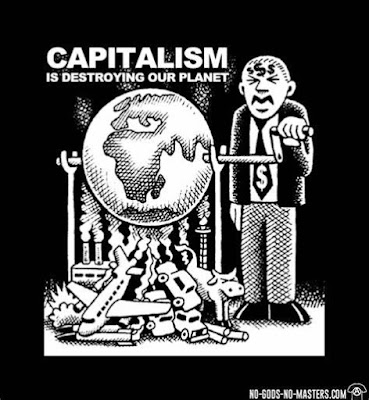 Greta Thunberg in a video castigates the political establishment for their inaction on mitigating the climate crises.

“We are still speeding in the wrong direction,” she said. “The five years following the Paris agreement have been the five hottest years ever recorded and, during that time, the world has emitted more than 200bn tonnes of CO2.

“Distant hypothetical targets are being set, and big speeches are being given,” she said. “Yet, when it comes to the immediate action we need, we are still in a state of complete denial, as we waste our time, creating new loopholes with empty words and creative accounting.”

“Leaders should be telling the truth: that we are facing an emergency and we are not doing nearly enough. We need to prioritise the action that needs to be taken right here and right now, because it is right now that the carbon budget is being used up.

“We need to stop focusing on goals and targets for 2030 or 2050,” she said. “We need to implement annual binding carbon budgets today.”

Thunberg said recent pledges by the UK – to cut carbon emissions by 68% by 2030 compared with 1990 levels – and by China, Japan and South Korea to become net carbon zero were creating a sense of progress, and she added: “That is a very dangerous narrative because of course we’re not going in the right direction. We need to call this out.”

Thunberg concludes her video message by saying: “There is hope … we are the hope – we, the people.”

She said: “For me, the hope lies in democracy – it is the people who have the power. If enough people stand up together and repeat the same message, then there are no limits to what we can achieve.”

Vanessa Nakate, from Fridays for Future Uganda, also had a stark message for leaders: “You have already determined our present, which is obviously catastrophic. Now fix the future, and start now. You have everything you need to stop this war against the planet and the people. But you just won’t do it. We want deep cuts from you right now.”

“I see the hope in the young people who are speaking out from different parts of the world,” Nakate said. “But the only way we can strengthen that hope is to continuously create awareness about the challenge that we are facing, so that we get everyone involved.”

Adélaïde Charlier, from Fridays for Future Belgium, said: “All decisions not taken now will fall back on our generation’s shoulders. Coronavirus has had a huge impact, we cannot deny that. But what’s incredible is seeing the energy inside a movement that does not want to die, but wants to continue to push through.”

Marzena Wichniarz, from Parents for Future Poland, said: “I was pregnant with my daughter when the Paris agreement was signed. It was an amazing message to the world: leaders pledged to fight for a better future for all our children. But we are disappointed, in fact furious, with the Polish government now.”

Agnes Imgart, from Parents For Future Global, said: “Our children have changed so much in the last five years, but the Paris agreement is still crawling.”

Greenhouse gas emissions, which plunged by a record 7% global fall amount this year because of the coronavirus pandemic, are set to rebound next year as restrictions are lifted further and governments strive to return their economies to growth. The drop was the result of temporary behavioural changes rather than structural reforms. China’s emissions may even be level for this year or have increased slightly since 2019, as the country entered and left lockdown sooner than other countries.

Dave Reay, professor of carbon management at Edinburgh University, said the record drop was still only a “drop in the ocean” when it came to the stock of carbon dioxide humanity has already pumped into the atmosphere, which is expected to reach 412 parts per million (ppm) next year. It is the stock of atmospheric carbon that determines the impact on the climate, and stabilising the level of carbon in the atmosphere will require the whole world to meet net-zero emissions.

Cameron Hepburn, director of the Smith School of Enterprise and the Environment at Oxford University, said the scale of the problem required much stronger action from governments. “The record 2.4bn tonne decline in emissions in 2020 is small beer compared to our annual 40bn tonnes that needs to go to net zero every year. The pandemic shows that radical personal behaviour changes are one part of the story – systems change including a rewiring of the economy to clean technologies is necessary to get to net zero.”

Corinne Le Quéré, professor of climate change science at the University of East Anglia, said: “Pledges are not enough,” said Le Quéré. “Action is extremely lagging and most countries do not have a plan for net zero.”

Analysis by the Guardian and Vivid Economics has shown that the “green recovery” around the world has stalled, with governments continuing to pour money into high-carbon activities.

Greta Thunberg: 'We are speeding in the wrong direction' on climate crisis | Environment | The Guardian

SOYMB can sympathise with this sense of disillusionment being felt by so many well-meaning and sincere eco-activists. But sadly, we have to remind them all, with that trite phrase "We told you so."

The World Socialist Movement repeatedly warned against placing trust and faith in capitalist governments and corporations.  Over and over again, we have counselled that the only solution is socialism, not reforms, regulations and legislation, but fundamental changes to the economic structure of society.